Ending decades of controversy, researchers find histological evidence for the existence of the G-spot

by Mihai Andrei
in Anatomy
Reading Time: 2 mins read
A A
Share on FacebookShare on TwitterSubmit to Reddit

It’s one of the more… delicate issues of science and anatomy, and amidst lots of contradicting personal testimonies and surprisingly little scientific evidence, the G-Spot remains a topic of hot debate. In other words, some claimed it exists, some claimed it’s all a fairytale, but there was no “hard evidence” – one way or another. 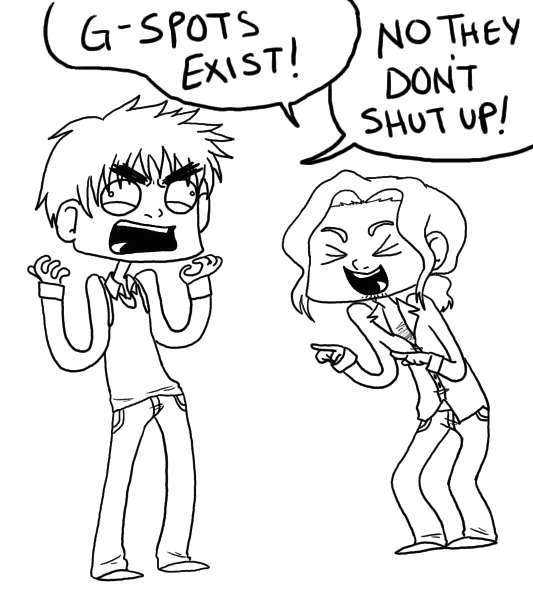 Now, researchers have finally found histological evidence that the Gräfenberg spot actually exists – in other words, they found the tissue. The study itself isn’t very appealing – they focused the research on eight female cadavers and conducted vaginal wall dissections and ultimately G-spot microdissections.

The anatomical existence of the G-spot was identified in all women and was in a diagonal plane; 7 out of the 8 women had it in the left side, while 1 had it on the right side, so the exact location is still a matter of debate.

“The G-spot was intimately fused with vessels, creating a complex. A large tangled vein-like vascular structure resembled an arteriovenous malformation and there were a few smaller feeding arteries. A band-like structure protruded from the tail of the G-spot. The size of the G-spot varied.”, researchers write in their paper.

So what does this mean? Well, so far, there’s been plenty of anecdotal evidence to support the existence of the G-spot, but scientifically speaking, there was nothing really. As a matter of fact, a 2009 British study concluded that its existence is unproven and subjective, based on questionnaires and personal experience. Now, there is actual scientific, medical evidence to prove its existence. It’s not clear why it exists or how it developed or even what role it plays, but one thing’s for sure: the G-spot is real.