There is still unbelievably much we have yet to discover from the Amazon. Now, researchers have uncovered two new species of woodlizards from Peru.

Woodlizards are little known species of reptiles, with only 10 species being described so far, all of which are found in Central or South America (9 in Peru). These new found species were found in Cordillera Azul National Park, one of the largest in Peru, and described in ZooKeys.

“These species were discovered in recent expeditions to poorly explored areas on both sides of the Andes in Ecuador and Peru, suggesting that more species might be awaiting discovery in other unexplored areas close to the Andes,” the researchers write.

The species were named Enyalioides azulae, or the blue woodlizard, and Enyalioides binzayedi, or Bin Zayed’s woodlizard after Sheikh Mohamed bin Zayed Al Nahyan, the Crown Prince of Abu Dhabi and UAE – who funded the expedition.

“Thanks to these discoveries, Peru becomes the country holding the greatest diversity of woodlizards. Cordillera Azul National Park is a genuine treasure for Peru and it must be treated as a precious future source of biodiversity exploration and preservation!” said lead author Pablo Venegas from the Centro de ornitología y Biodiversidad (CORBIDI) in Lima, Perú.

There is, at the moment no indication of whether woodlizards are threatened, as no such study has been conducted. However, this is once again a clear indication about the wonderful biodiversity that thrives in the Amazon and which we are endangering more every day. 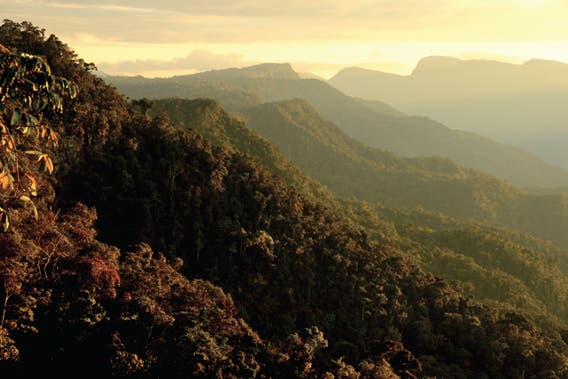