by Mihai Andrei
in Animals, Climate

Within the next 50 years, numerous lizard species could become extinct due to global warming, a research by Daniel Pincheira-Donoso, from the School of Life Sciences at the University of Lincoln (UK) concludes. 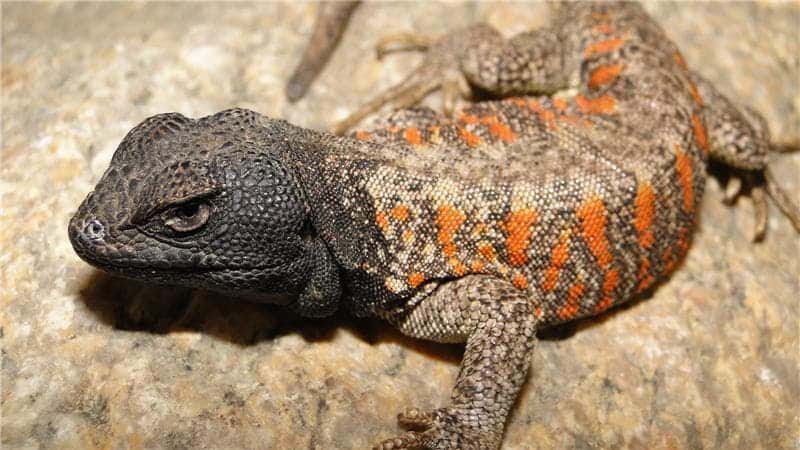 Not all lizards lay eggs – some are viviparous, and develop their embryos inside the mother’s body as opposed to an egg. Viviparous lizards are most threatened by changing weather patterns, and in fact, this feat once thought to be the result of successful adaptation could be what brings their demise in the context of global warming.

Particularly in cold climates, it’s harder to lay eggs, so lizards living in such conditions have slowly adapted to viviparity. However, once this process begins, it is irreversible and the species remain restricted to such cold climates, unable to adapt to warmer areas. By analysing this evolutionary transition in the lizards’ reproductive modes and projecting the future impact of climate change, researchers discovered that increasing temperatures in their habitats would basically wipe them out, with no chance of adaptation.

“Lizards’ reproduction is largely linked to climatic temperatures and viviparous species are usually found in cold environments. When reptiles initially moved to colder areas they needed to evolve emergency measures to succeed in these harsh places, and we believe viviparity is one of these key measures. However, this transition is mostly one-directional and unlikely to be reversed. Rapid changes in the environment’s temperature would demand rapid re-adaptations to secure the species’ survival. Through the research we found that over the next 50 years nearly half of the area where these species occur may disappear, causing multiple extinctions due to climate change.”

The conclusion is that while this adaptation allowed them to thrive in cold areas, and was therefore a key trait for evolutionary success, it will now probably lead to a massive extinction.

“These lizards are one of the most diverse groups of animals, and are able to adapt to remarkably diverse conditions. Unfortunately, a reduction in cold environments will reduce their areas of existence, which means that their successful evolutionary history may turn into a double-edged sword of adaptation. Their extinctions would be an atrocious loss to biodiversity.”

Article and photo via University of Lincoln.