James Lovelock: Humans are too stupid to prevent climate change

by Mihai Andrei
in Environment, Other, World Problems
Reading Time: 2 mins read
A A
Share on FacebookShare on TwitterSubmit to Reddit 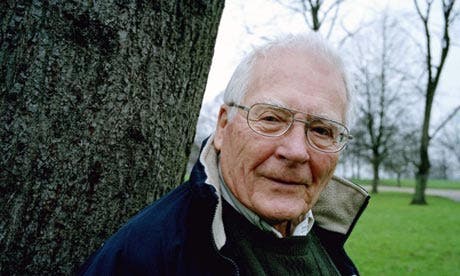 James Lovelock is one of the world’s most brilliant minds alive at the moment; he developed numerous technologies for NASA, and currently dedicates most of his efforts to the environment and futurism. He is largely known for the development of the Gaia Hypothetis.

Well, according to the man… we’re just too stupid to prevent climate change. Anyway, I won’t go into many details, because you can find the full interview here, I’ll just add what I think is the most relevant.

“I don’t think we’re yet evolved to the point where we’re clever enough to handle a complex a situation as climate change,” said Lovelock in his first in-depth interview since the theft of the UEA emails last November. “The inertia of humans is so huge that you can’t really do anything meaningful.”

“Even the best democracies agree that when a major war approaches, democracy must be put on hold for the time being. I have a feeling that climate change may be an issue as severe as a war. It may be necessary to put democracy on hold for a while.”

According to him, only a huge global event could twist things, like the collapse of a huge glacier.

“That would be the sort of event that would change public opinion,” he said. “Or a return of the dust bowl in the mid-west. Another Intergovernmental Panel on Climate Change (IPCC) report won’t be enough. We’ll just argue over it like now.”

Well, I really don’t know what to say about this… but really, take a good look around. Can you honestly disagree?