We’ve been telling you on and on – millions and millions of sharks are perishing each year, mostly due to shark finning – people fish sharks, cut off their fins, them let them go, only to suffer a slow, painful, humiliating death, unable to move at the bottom of the ocean. Shark fin soup is a delicacy everywhere from Indonesia to mid US, and the situation sharks are in right now is pretty dire to say the least. But there is hope after all. 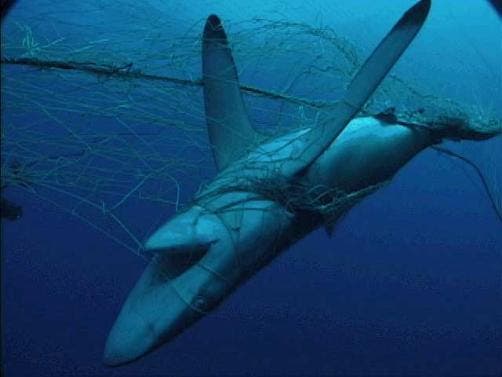 Three types of critically endangered but commercially valuable shark have been given added protection at the Cites meeting in Bangkok. The body regulates trade in flora and fauna – they pretty much say what’s legal and illegal in terms of what plants and animals you can sell. Shark supporters in the group have been trying to adopt this measure since 1994, but even after 19 years, it’s better late than never.

“They’ve come to realise, particularly for those with hammerhead stocks, the tourist value of these species and the long term future that will be protected by a Cites listing,” said Dr Colman O’Criodain from WWF International.

The thing is that the accord doesn’t ban shark trade, but it regulates it. Basically, both countries importing and exporting sharks must have a license to do this, and there’s a limit to how much you can trade. This will definitely be abused and corrupted, but this is the first measure of this type ever voted, which is still a historic move.

“It is really significant for Cites to come of age like this,” Dr Susan Lieberman explained. “To say we can deal with these species, we can manage the international trade and lets not be afraid of marine species.”

Another significant measure is funding poorer countries who cannot regulate shark fishing themselves – funding which will probably come from the European Union.

“If there’s a need for it the funding will be available,” Feargal O’Coigligh told the meeting.