by Mihai Andrei
in Renewable Energy

Two years ago, we were telling you about plans for developing the world’s largest solar thermal energy plant in California – a project in which Google invested $168 million. Now, the much anticipated Ivanpah Solar Electric Generating System has finally kicked off! The 14 square km facility (3500 acres) which is backed not only by Google, but also by NRG Energy, Bechtel and Brightsource Energy will produce 392 megawatts — enough to power 140,000 homes while reducing carbon emissions by 400,000 tons per year. 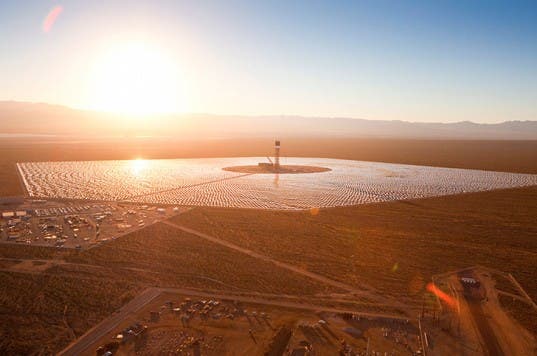 The project’s total costs were $2.2 bln, with $1.375 billion being borrowed from the US Department of Energy. Ivanpah consists of of 300,000 sun-tracking mirrors (heliostats), which surround three, 140 meter towers. Here’s how it works: the mirrors move to make the most of the sunlight, and they reflect the rays onto the water contained by the towers, creating super hot steam which then drives turbines on the site to produce power.

This idea of courses raises some questions and controversies – why would you build a solar plant that uses water in the desert, instead of photovoltaics? I don’t really have all the data, and this does seem like a valid critic, but perhaps it is better this way. Also, environmentalists were concerned about the relocation of wildlife, most notably 100 endangered desert tortoises. 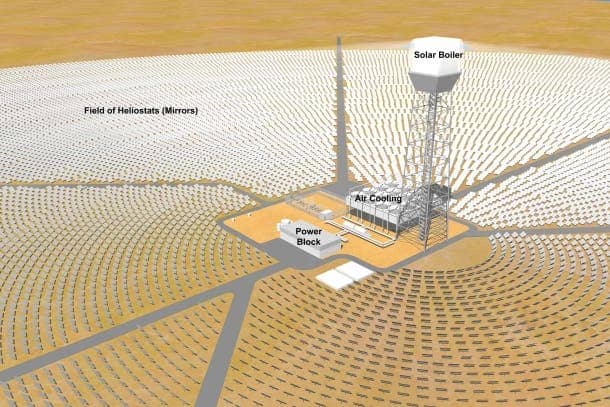 Still, Ivanpah represents a noteworthy milestone both locally, for the inhabitants of California, and globally – it’s the world’s largest solar thermal energy plant after all.