Japanese authorities have approved the construction of a futuristic farming project in Japan’s Fukushima prefecture, in a part of the land which has been radioactively contaminated. 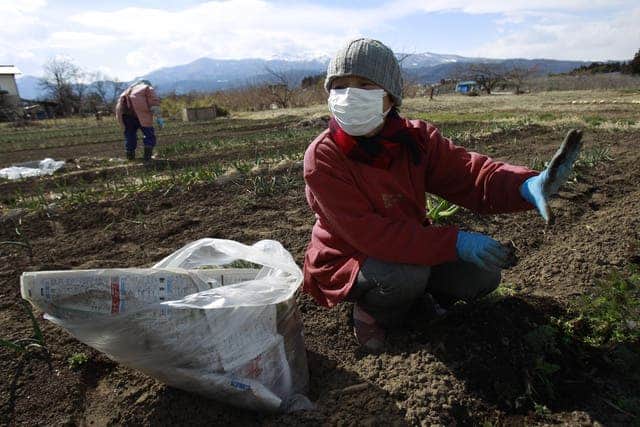 It seems the most unlikely place to try to put a utopian blueprint into practice, since the prefecture was severely contaminated by the meltdown at the Fukushima Daiichi nuclear plant, following the earthquake and subsequent tsunami in March 2011.

So far, the project can boast 120 photovoltaic panels, generating 30 kilowatts of power, but the plan is also to grow crops beside the solar panels, in a what’s being called a “solar sharing” layout – growing crops beneath raised solar panels. Now, planting some solar panels in a pretty unsafe area is a challenge, but it seems pretty doable. But planting crops near a meltdown area? Can this really be safe?

Currently, there is no clear response to this, but there are some good news. First of all, they added potassium to the fields, to reduce the amount of cesium and other radioactive materials in the soil. They are also considering crops which are very resistant to contamination and don’t absorb it at all. Of course, all the harvests will be thoroughly tested before put on the market. For example, rice grown in the area in early 2013 was tested repeatedly for radiation, and was found to be safe enough to sell on the open market, and a Japanese company has already started to experiment with other plants, such as cabbage and rice.

Even if bad comes to worse, and the first crops are unsafe, you still end up with a way of cleaning up the contamination.

“People evacuated from areas closer to the plant have given up ever farming their fields again,” says project leader Ryozo Hakozaki. “There might be an amusement park feel to the project, but we’re trying to show them what the future could hold.”