California’s highways will generate electricity from cars driving over them

California will harvest freeways for electricity. 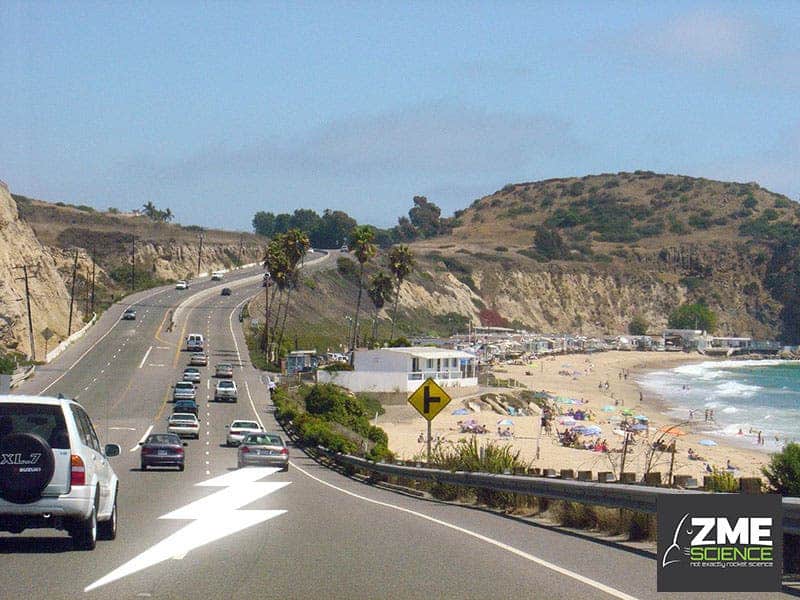 California, home to some of the busiest highways in the world, will soon harvest energy from the millions of vehicles roaming its roads. As part of a pilot program approved by the California Energy Commission (CEC), several freeways will be covered in piezoelectric crystals that turn vibrations into electricity.

We often hear that we need more energy, but the truth is we’re already generating copious amounts. The problem is that most of it goes to waste. A petrol car, for instance, is only about 20 to 30 percent efficient depending on how new the vehicle is and the type of fuel used. The rest of the energy is lost to heat and friction.

The energy exchanged with the road by friction isn’t enormous but if you can capture just a fraction of it and turn it into usable electricity, the savings could be huge when you factor in tens of thousands of vehicles driving over a road on a daily basis.

To generate electricity from overhead vehicles, scientists in California are proposing using piezoelectric crystals which convert mechanical energy into electrical energy and vice versa. Piezoelectricity (literally “pressing electricity”) was first discovered and used in the 19th century, one of the most common application being electric cigarette lighters, which use piezoelectric crystals to create a flame. Another common application is the microphone you probably have incorporated in your laptop, which uses piezoelectric crystals to convert your voice (sound vibration) into electrical signals which are then processed by the computer. There’s even a dance club in San Francisco which uses this setup under its dance floor to power the lighting.

“If piezoelectric‐based technology has the potential to match the performance, reliability and costs of existing or emerging renewable energy sources, then it can potentially diversify California’s resource portfolio and ultimately increase grid reliability and reduce costs to ratepayers,” states a report prepared for the CEC in 2014

Piezoelectric walkways have been implemented in some parts of Europe or in East Japan Railway Company’s Tokyo station, and the first piezoelectric freeway opened in 2009 in Israel. The coastal road Route 4 in Israel consists of a ten-meter strip of asphalt which cover the piezoelectric generators beneath while batteries are located nearby to store the 2,000 watt-hours of electricity which this setup generates.

It was Route 4 that provided the inspiration for U.S. officials to first propose a similar project back home five years ago, but the state’s Governor first wanted a research team formed that would study the technology. Now, CEC announced it would be finally funding multiple piezoelectric pilot projects throughout California.

“I still get stopped on the street by people who ask what happened to the idea of using our roads to generate electricity,” said Mike Gatto, a Los Angeles assemblyman, in a statement. “California is the car capital of the world and we recycle just about everything. So why not capture the energy from road vibrations and put it to good use?”

Scientists estimate the energy generated from a 10 mile stretch of four-lane roadway can power the entire City of Burbank, which has a population numbering 105,000 people.

“Thirty years ago, no one would have believed that black silicon panels in the desert could generate ‘solar’ power,” said Gatto.  “Piezoelectric technology is real, and I am glad the state has finally acknowledged its potential in becoming an energy source.”