The researchers, however, stress that the quality of the water is largely unknown. Thousands of oil well stretching from L.A. to Sacramento may have irreversibly contaminated an important fraction of the newly discovered aquifers.

Going deeper than ever before

“It’s not often that you find a ‘water windfall,’ but we just did,” said study co-author Robert Jackson, the Michelle and Kevin Douglas Provostial Professor at Stanford. “There’s far more fresh water and usable water than we expected.”

Previous estimates of California’s water were based on decades-old data and only extended to a maximum depth of about 1,000 feet. But nowadays technology enables us to tap into much deeper aquifers, something that farms and even some residents have been doing for years already. The most severe drought in California’s recorded history is also a strong motivator to invest in deep drilling for water despite only five years ago it wouldn’t have made economic sense.

Using data from 35,000 oil and gas wells, the Stanford researchers were able to characterize shallow and deep groundwater sources in eight California counties. They estimate usable groundwater in the Central Valley amounts to 2,700 cubic kilometers or triple the previous estimate of the state’s water supply.

The findings, though important, are far from being a solution to California’s growing water problem. All of this plentiful water is located between 1,000 and 3,000 feet underground, which makes extraction very expensive. Drilling this deep for water also increases the risk of ground subsidence or the gradual sinking of the land, something that is already happening more often in the Central Valley where some regions have dropped by tens of feet. 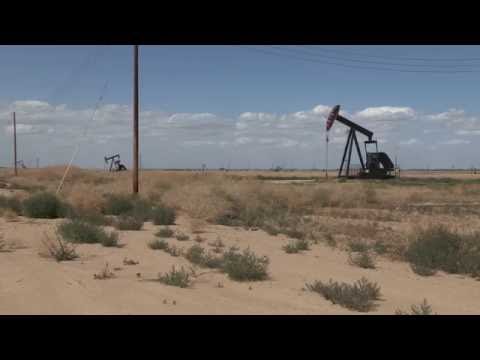 Then there’s the issue of quality, which seems to be a gray area at this point since we lack extensive on-site studies. Judging from what data they have at their disposal, the Stanford team says deep aquifer water has a high concentration of salt, so a desalinization process is required to make use of it — yet again, very expensive.

Some water might also be contaminated beyond repair by the numerous oil wells that litter the Central Valley. Right now, many oil and gas wells are drilling directly into usable freshwater or 30 percent of the newly found aquifers.

“We don’t know what effect oil and gas activity has had on groundwater resources, and one reason to highlight this intersection is to consider if we need additional safeguards on this water,” said Jackson, though he later stresses that water near a fracking site doesn’t necessarily mean it’s contaminated.

“What we are saying is that no one is monitoring deep aquifers. No one’s following them through time to see how and if the water quality is changing,” said study co-author Mary Kang, a postdoctoral associate at Stanford School of Earth, Energy & Environmental Sciences. “We might need to use this water in a decade, so it’s definitely worth protecting.”

Yes, we need to protect this water — now, more than ever. However, current EPA guidelines say drillers can operate wells under aquifers if these are not currently being used for drinking water and “cannot now or will not in the future serve as a source of drinking water.” An example of an aquifer that can’t be used as a source of drinking water is a contaminated one. Times have changed, though, and an aquifer 2,000 feet deep can now be called useful. Think Progress reports the Center for Biological Diversity wants to encourage the EPA to reject the applications for aquifer exemptions filled by oil & gas companies looking to drill in new wells.

“I hope that it becomes clear that we need to just not issue any more aquifer exemptions and we need to stop this process of sacrificing our groundwater and start the process of thinking about how we’re going to move beyond that,” Maya Golden Krasner, a staff attorney with the Center for Biological Diversity, told ThinkProgress.