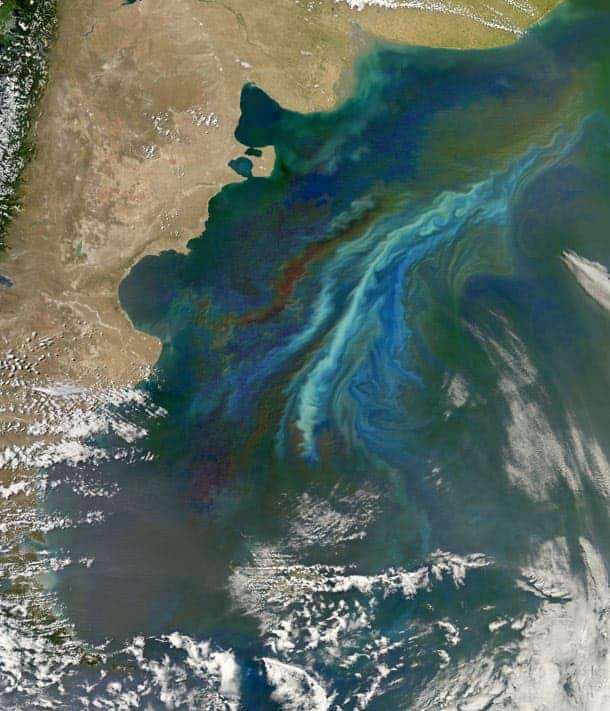 When NASA satellites and biology come together in the same sentence, you just know something awesome is going to come up; this was the case with a phytoplankton bloom observed off the coast of Argentina. Two strong currents stirred the needed combination of nutrients, sald and microscopic organisms, and then sunlight did all the rest required to create such a spectacular bloom. Click here for the BIG picture – which I highly recommend

Without direct analysis of the water it is impossible to certainly say what the microorganisms are, but researchers have a pretty good idea – they suspect it’s a species of single celled plants that form from calcite scales (coccolithophores). This kind of bloom is not very rare, but this one is very nice to look at indeed – some work has been done in this direction.

The Moderate Resolution Imaging Spectroradiometer (MODIS) on NASA’s Aqua satellite captured this image on December 21, 2010, and used seven different spectral bands to highlight the differences between the type of plankton (so yes, the colors aren’t exactly real). Phytoplankton booms such as this one are very important for the surrounding environment, producing extra oxygen and providing nutrients for pretty much every animal in the oceans, from zooplankton to fish and even whales.