Iceland researchers trap CO2 into rocks — but there’s a catch

This could be a big part of the battle against climate change.

by Mihai Andrei
in Climate, Environment, Technology
Reading Time: 4 mins read
A A
Share on FacebookShare on TwitterSubmit to Reddit

Iceland’s volcanoes might hold the key to sucking CO2 out of the atmosphere — but the process requires huge amounts of water. 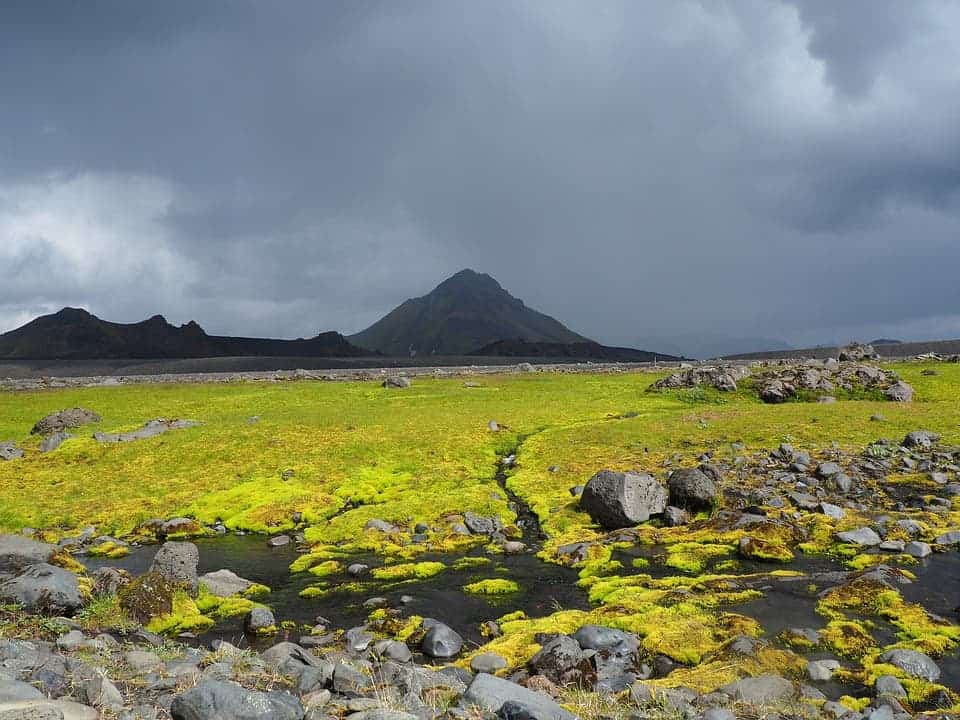 If we want to ensure a sustainable future for our planet’s climate, reducing our emissions is paramount, but ultimately, it would be really good if we could also remove existing CO2 from the atmosphere — otherwise, the inertia of the warming will still continue long after we have reduced our emissions (than in itself is a gargantuan challenge, but that’s a different story).

While the roadmap to cutting emissions is fairly clear, eliminating CO2 from the atmosphere is a whole other beast, and scientists are only now starting to test ways through which this could be done. A project in Iceland seems like the most promising approach so far.

The technique starts from a natural event in which basaltic rocks absorb carbon dioxide and mineralize it, storing it forever — but this geological process happens over great periods of time. In order to accelerate this process, scientists developed a way to first absorb the CO2 into water, and then inject the carbonated water into porous basaltic rocks. The bubbly liquid is then pumped under high pressure into the rock 1,000 meters (3,300 feet) under the ground. The CO2 produced by the injection itself is also absorbed.

“So basically we are just making soda water out of the CO2,” says project director Edda Sif Aradottir.

The solution infiltrates into the rock pores and starts to solidify, reacting with the calcium, magnesium, and iron inside the rock, beginning an accelerated mineralization process. It’s not the first time something like this has been attempted, but researchers weren’t sure just how quick this process was. It took only two years for the carbon to solidify.

“With this method we have actually changed the time scale dramatically,” says geologist Sandra Osk Snaebjornsdottir, who also worked on the project called CarbFix. “Almost all of the injected CO2 was mineralized within two years in our pilot injection,” Snaebjornsdottir says.

For Iceland, a true land of ice and fire, the method is perfect. Virtually all of the country consists of volcanic, basaltic rocks, and the country generates more than half of its energy from clean geothermal sources. The country is also an island, so it has access to what is essentially limitless supply of water — because the method uses huge quantities of water. Around 25 ton of water are needed for each ton of carbon dioxide injected into the ground, something which Snaebjornsdottir calls the “Achilles heel” of the method. Furthermore, the method hasn’t yet been adapted to use saltwater instead of freshwater — which could make a huge difference. Providing hundreds or thousands of tons of freshwater is not something many places can readily do.

Scalability is another concern. The CarbFix project, which was implemented at a power plant, reduced the plant’s emissions by a third, amounting to 12,000 tons of CO2 captured and stored at a cost of about $25 a ton. Considering that Iceland alone, a country of less than 400,000 people, emits over 4 million tons a year, that’s a hefty price tag — but not one beyond affordability. The United States, for instance, produces around 5,000 million tons of CO2 a year which, at the current price tag, would cost $125 billion, which is still only a fraction of the country’s military budget — and that’s enough to offset all of the country’s emission. Of course, having the money is only a part of the problem, you also need to invest in the injection facilities, and have access to proper basaltic rocks in the first place, but since this is still the early stages of the carbon injecting technology, there are reasons to hope that the efficiency and price will improve in the not-too-distant future. Judging by the world’s current climate trajectory, we may need this technology sooner rather than later.

According to the Paris Agreement, Iceland has agreed to cut its emissions by 40% by 2030. However, the country’s CO2 emissions have increased significantly in recent years, largely due to the transportation sector, which is vital for the country’s tourism sector. For this reason, despite the fact that most of the country’s energy is renewable, Iceland’s CO2 emissions per capita are way over the European average.

Iceland’s Environment and Natural Resources Minister Gudmundur Ingi Gudbrandsson has encouraged the project, which might be vital for Iceland’s — and the world’s — climate objectives.