by Mihai Andrei
in Environment, News, Offbeat
Reading Time: 3 mins read
A A
Share on FacebookShare on TwitterSubmit to Reddit

Peru announced that it will seek criminal charges against Greenpeace, after activists from the organization damaged the Nazca lines – some of the most spectacular pieces of historical heritage in the world. Greenpeace set up a banner right next to the Nazca lines, and when they took it out, they left significant damage behind. 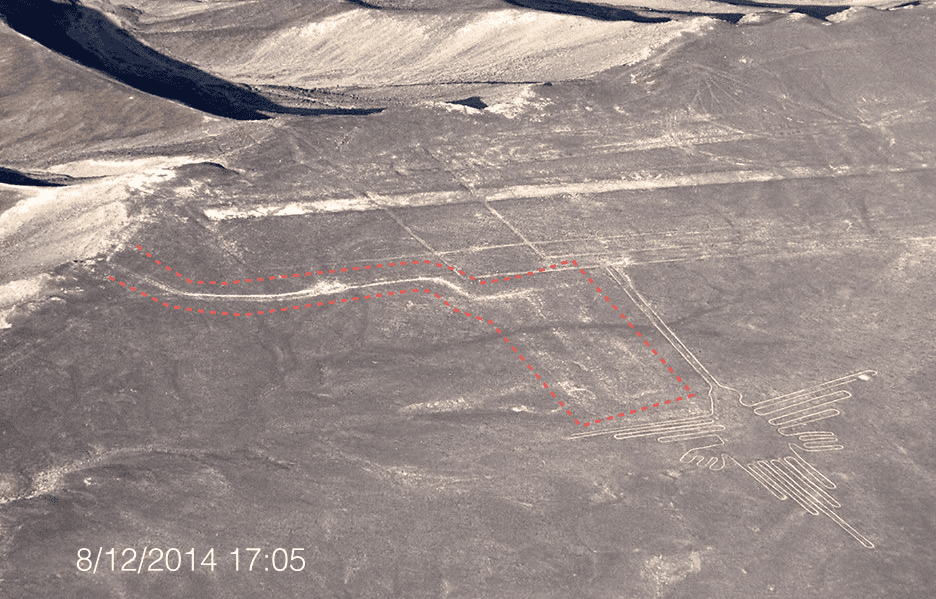 “It’s a true slap in the face at everything Peruvians consider sacred,” Deputy Culture Minister Luis Jaime Castillo said of Monday’s action by the environmental group at the famed drawings etched into Peru’s coastal desert, a U.N. World Heritage site. 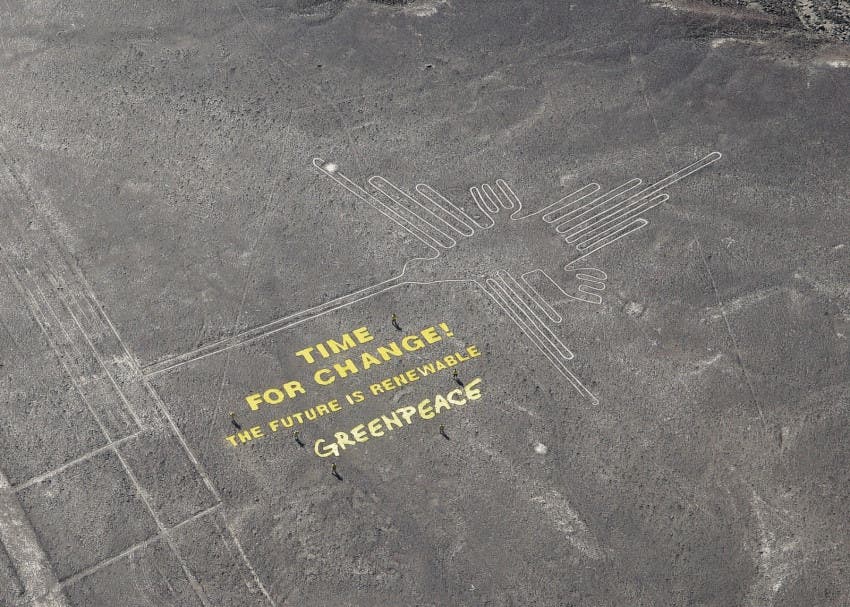 If you look at all the pictures, you can easily see that the damage was done by whoever removed the banner. To me, it looks like they just drove in, probably in some 4x4s, gave no damns whatsoever and just tore the thing right out. This is clearly not acceptable for any organization, let alone one that claims to be “ensuring the ability of the Earth to nurture life in all its diversity”.

The message was intended for delegates from 190 countries at the U.N. climate talks being held in nearby Lima, but it’s pretty safe to say that their idea was counterproductive – to put it lightly.

Castillo said no one, not even presidents and Cabinet ministers, is allowed without authorization where the activists trod, and those who do have permission must wear special shoes.

“Peru has nothing against the message of Greenpeace. We are all concerned about climate change,” said Castillo. “But the means doesn’t justify the ends.”

The Nazca lines are a series of ancient geoglyphs located in the Nazca Desert in southern Peru. They were designated as a UNESCO World Heritage Site in 1994.The designs are shallow lines made in the ground by removing the reddish pebbles and uncovering the whitish/grayish ground beneath. Most of them are just simple forms, but over 70 are zoomorphic designs of animals such as birds, fish, llamas, jaguars, monkeys, or human figures. Needless to say, the entire site is very vulnerable to outside intervention – to put it bluntly, it’s one of the most beautiful sites you can easily damage in the world, and that’s exactly what Greenpeace have done. 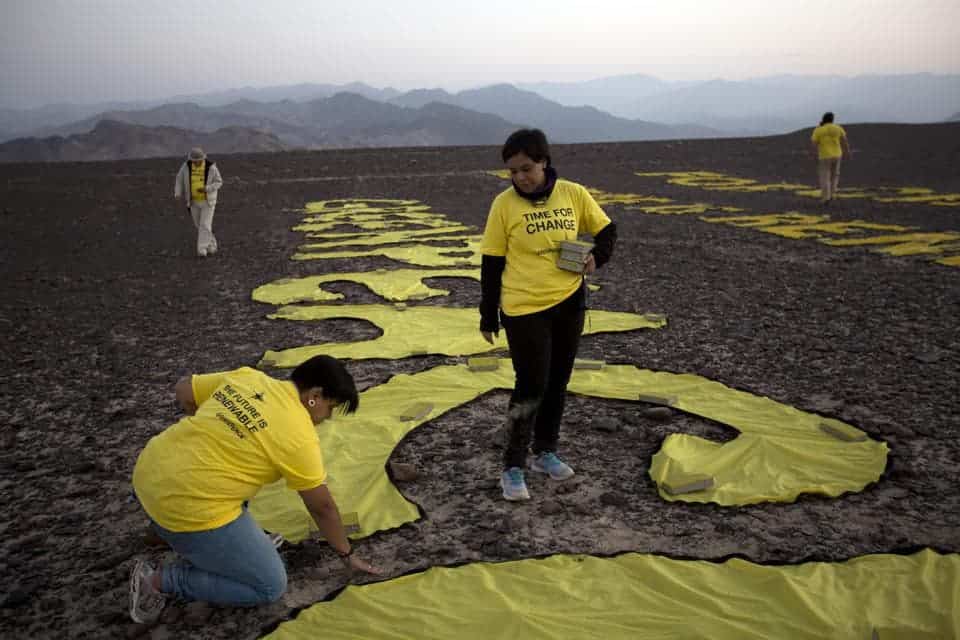 “They are absolutely fragile. They are black rocks on a white background. You walk there and the footprint is going to last hundreds or thousands of years,” Castillo said. “And the line that they have destroyed is the most visible and most recognized of all.”

Over the years, the organization has attracted much criticism for their lack of scientific methods.