The enigma of the Nazca trophy heads finally solved

by Mara Bujor
in Anthropology, Archaeology, Discoveries
A A 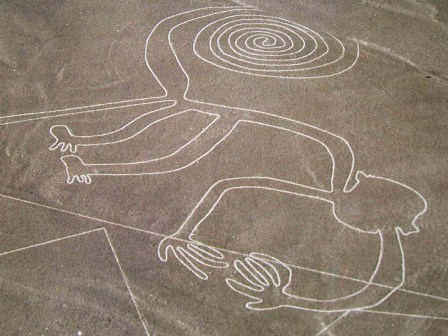 The enigma of the South American peoples who created the Nazca Lines and collected heads as trophies slowly starts to find its answers. A new study shows that these heads weren’t taken from enemies, but in fact belong to people who had lived in the same place as the collectors, about 2.000 to 1.500 years ago.

The heads had holes in them in order to be suspended from chords, but their role was hard to establish. The debate went on for 100 years until researchers from the Field Museum shed new light on this mystery.

The severed heads were discovered buried with their collectors and were preserved extremely well, some still having hair thanks to the very dry weather of the area. The museum also has in its collection some pottery items which show warriors or mythical creatures carrying heads, while others show a link between the trophies and fertility.

Even though it was believed that the heads were war trophies, after comparing tooth enamel from 16 of them with samples taken from Nazca mummies it appeared that all people had belonged to the same area. There are three elements: strontium, oxygen and carbon which vary in quantity by geographic location, especially because of one’s diet. The place someone drinks water from influences the pattern of oxygen too, so these people drank water and ate food from the same area.

Now another question arises: what was the real purpose of these heads? Finding the answer may help scientists understand how civilization evolved in South America. The heads may still be trophies of war if there were conflicts between closely-related communities, but they may have also been used in rituals. Understanding this can be a good indicator of how politics evolved in this region.

The first, simple agrarian society was replaced by an empire and people were ruled by others who lived hundreds of miles away. New discoveries might explain how exactly this process took place.