by Tibi Puiu
in Environmental Issues, Renewable Energy
A A 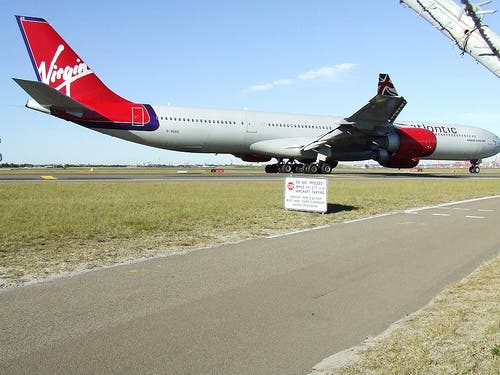 Part of an amazing initiative to lower its carbon footprint and inspire the rest of the aeronautical industry, billionaire Richard Branson recently announced in a press release that within three years Virgin Atlantic’s airplanes will be fueled by waste gas.

The waste gas will come from the likes of power plants, steel works, and aluminum plants and Branson claims that within 24 hours they’ll have the infrastructure in place to turn this waste gas into fuel for its airplanes. When finally in place, Virgin Atlantic’s carbon footprint will be reduced by 50%.

“I’ve been lucky enough to make some exciting announcements in my lifetime, and I think this is one of the most exciting,” Branson said in an interview with Bloomberg. “24 months from now we should have planes flying from Shanghai, flying from Delhi, using this fuel. Then we want to start rolling it out around the rest of the Virgin Atlantic Fleet,” Branson told Bloomberg.

Partnering with Virgin Atlantic on this recycled waste fuel venture are LanzaTech and Swedish Biofuels. Allegedly, the process through which the new fuel will be created, involves the  capturing, fermenting and chemically converting waste gases from industrial steel production. These refining process recycles gases that are typically burned and released into the atmosphere as carbon dioxide, contributing to the ever pressing issue of the greenhouse effect. Thus the waste gas will be diverted from the atmosphere and turned into valuable fuel. Also, this procedure will also overcome the land issues associated with producing biofuels.

“The airline industry could radically transform its carbon output and instead of being the industry that everyone points a finger at, it could well become the industry that people cite as one of the best examples of an industry that has managed to completely change itself,” Branson continued.

In two to three years, Virgin plans to use the new fuel on its routes from Shanghai and Delhi to London Heathrow. Other airlines have already started using biofuels on regular commercial flights in the race to cut carbon dioxide emissions, and Virgin’s significant increase of pace will do only wonders. In July, European airlines, biofuel producers and the EU Commission also signed up to produce 2 million tonnes of biofuel for aviation by 2020.

“Only a few years ago the idea of powering planes with biofuel seemed “very pie-in-the-sky and futuristic.” But today “I believe that the most significant leap forward in the industry’s environmental performance in the coming years will be the commercial use of sustainable biofuels,” said Tony Tyler, head of the International Air Transport Association and former chief executive of Cathay Pacific