by Mihai Andrei
in Anthropology, Climate, Environmental Issues
Reading Time: 2 mins read
A A
Share on FacebookShare on TwitterSubmit to Reddit 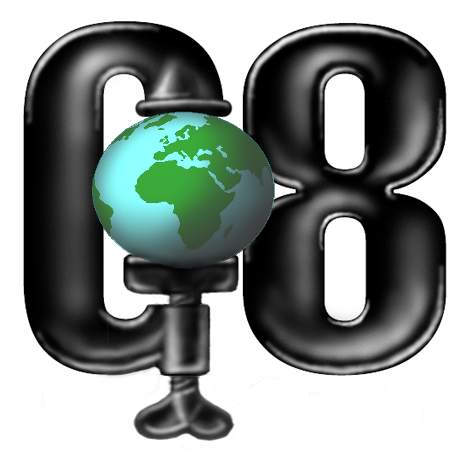 It’s hard to say that during last year’s G8 summit the “world leaders” made promises and predictions that were just words for the voters without feeling ridiculous; I’m not one to fall for fine words that sounds identical to what you want to hear, but I was expecting at least few of those I heard (read, actually) to materialize, or at least see some efforts aimed towards materializing them. Still, as more and more efforts are made to convinge G8 leaders to keep their promises, it seems they are more and more indifferent.As expected, at this year’s summit, participants emphasized their accomplishments, ignoring as much as possible (and sometimes even totally) what they didn’t achieve; for example, Japanese prime minister Yasuo Fukuda praised the consensus which has been achieved on the Zimbabwe climate change issue. Also, as it was expected, those who were expected firm and radical changes for the better were dissapointed and started expressing that dissapointment. It has to be said, radical changes for the good are not going to happen; it never does. That doesn’t mean anybody should be discouraged, it just means that it’s not good to expect something that will never happen; also, it doesn’t mean that those who made promises in vain should be cut any slack, on the contrary.

The role G8 plays in unifying the believes of world politicians should by no means underestimated; but the group is already losing its public support, as there is no efficient way of ensuring what they say will happen will actually happen. As a matter of fact, I’m not sure they should be called “exercise in escapism”, as ActionAid did, but it’s obvious for everybody who wants to see that they serve virtually no practical purpose other than political and economic influence.

Let us look at just a couple of the issues G8 claimed it will solve. Three years ago, they said by 2010 the aid Africa receives will be at least doubled; the aid is pretty much the same and although things have made some progress, it’s really slugish. But probably the most important thing discussed is the commitment that by 2050, carbon emissions will be halved. First of all, that’s not quite the highest objective we could set, especially considering Al Gore’s opinion, and second of all, it sidesteps other important objectives, while still not raising the incentives needed in countries such as Brazil, China and Argentina, which contribute significantly to the world’s emissions. Hopefully the next summits will bring fewer words, more action, and a closer monitoring of both achievements and failures.