A year long investigation by Greenpeace reveals grim palm oil harvesting practices in Indonesia, where suppliers are currently engaging in massive deforestation, which severely threaten the already endangered Sumatran tigers and orangutans, shady PR tactics and intentionally lighting up forest fires. Among the findings is a horrific graveyard where  the buried remains of several orangutans were discovered just outside the land owned by two major suppliers. Greenpeace, in its report, urges the American giant Procter&Gamble to clear up its supplier’s act and only buy palm oil from companies that have a proven record of sustainable palm oil production.

Palm oil is the world’s most ubiquitous vegetable oil and a main driver of deforestation in Indonesia. The oil accounted for roughly 40 percent of the world’s vegetable oil production from 2012-2013, and it is a key ingredient in many household products, such as Procter & Gamble’s Head & Shoulders shampoo and Gillette shaving gel. In 2013 P&G bought about 462,000 tonnes of palm oil, including some from some of the world’s largest processors. Less than 10% of the palm oil used by the company is certified sustainably sourced, Greenpeace said.

“The maker of Head & Shoulders needs to stop bringing rainforest destruction into our showers,” Bustar Maitar, head of the Indonesian forest campaign at Greenpeace International, said in a press statement. ”It must clean up its act and guarantee its customers that these products are forest friendly.”

“Procter & Gamble should follow the lead of other palm oil using companies like Unilever, Nestlé and L’Oréal, which have already promised to clean up their supply chains,” Bustar said.

In a report issued in 2012 Procter & Gamble promised to achieve zero net deforestation, in accordance with the Consumer Goods Forum.  In this report, the company pledges to supply all its palm oil purchases  from responsible and sustainable sources by 2015. We’re a quarter in 2014 and apparently P&G is way off.

“Greenpeace contacted P&G about its palm oil sourcing practices in May 2013, which means it’s nearly had a year to react with a robust ‘no-deforestation’ policy that would stop exposing its customers to forest destruction,”  said a Greenpeace senior campaigner, Reece Turner, told Guardian Australia.

“In the meantime, other big palm oil consumers such as Unilever, Ferrero, L’Oreal, Delhaize, Kellogg and the world’s biggest palm oil trader, Wilmar International, have committed to no deforestation.”

One of P&G suppliers is BW Plantation, a Jakarta-based firm that is a third-party supplier for Asian Agria, a palm oil company owned by Sukanto Tanoto’s RGE Group. BW Plantation is currently watched by local authorities for the recent clearance of orangutan habitats in Central Kalimantan.  Other companies marked in the Greenpeace report are Singapore-based Musim Mas, which owns one of Asia’s largest palm oil refineries, along with two other suppliers Globalindo Alam Perkasa Estate II (GAP II) and Multipersada Gatramegah (MPG). All of these are linked with deforestation and orangutan habitat destruction in Central Kalimantan and Papua.

The most startling find is that of what can only be referred to as an orangutan graveyard, as several remains have been discovered scattered on the edge of an oil palm plantation belonging to PT Bumi Langgeng Perdanatrada (PT BLP). It’s unlikely these orangutans died of natural causes since these were found buried deep into the ground – like we all know, only humans bury the dead.

Police investigations are now in process, and it is up to them to determine how these orang-utans died and who is responsible. However, the local NGOs that originally exposed the existence of this graveyard cite local community witness reports that the orang-utans buried here were ‘murdered’, according to the Greenpeace report.

“There is no excuse for companies like P&G, Reckitt Benckiser and Colgate Palmolive to delay immediate action on deforestation.” 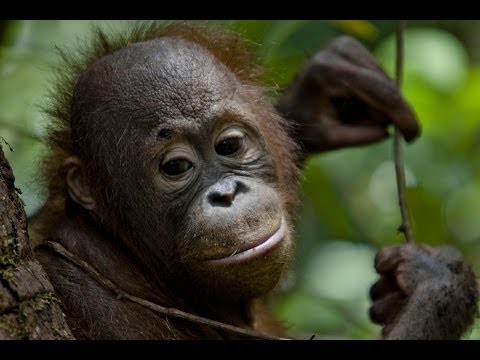