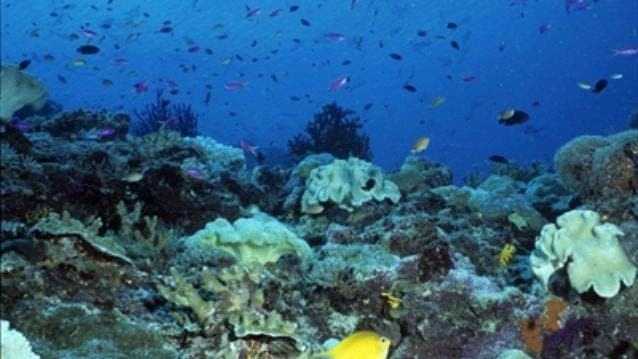 Climate change and over-fishing are held responsible for the swift collapse of coral reefs and the propagation of mass extinction among marine life. According to the International Programme on the State of the Ocean (IPSO), which presented the study this Tuesday to the U.N., the Earth is faced with its biggest spate of mass extinctions in millions years.

“We now face losing marine species and entire marine ecosystems, such as coral reefs, within a single generation,” according to the study by 27 experts to be presented to the United Nations.

“Unless action is taken now, the consequences of our activities are at a high risk of causing, through the combined effects of climate change, over-exploitation, pollution and habitat loss, the next globally significant extinction event in the ocean,” it said.

Scientists used other mass extinction examples through out the Earth’s geological history to strongly evidentiate the perils marine life is face with. As such, they’ve listed five mass extinctions from the past 600 million years – most recently when the dinosaurs vanished 65 million years ago, according to the leading  asteroid collision theory. Another one is the abrupt end of the Permian period from 250 million years ago.

The panel found that oceanic conditions are similar to those of “previous major extinctions of species in Earth’s history,” and that we face losing marine species and entire marine ecosystems, such as coral reefs, within a single generation.

It’s not like this all news, by any means, but why might prove to be shocking is the extent the mass extinction phenomena has evolved to, both in oceans and on dry land. It’s also evolving at a much rapid pace than previously thought.

Rogers, professor of Conservation Biology at the Department Of Zoology, University of Oxford, told CNN: “The rate of change we are seeing in the quantities of carbon dioxide going into the atmosphere and then being absorbed into the oceans is so great that it is difficult to compare what is happening now with what has happened in the past but we do know that past disturbances in the carbon cycle have been a feature of mass extinction events.”

Oxygen deprivation in the oceans

What scientists found to be the greatest peril to ocean life is what they refer to as the “deadly trio” – global warming, ocean acidification and lack of water oxygen or anoxia. These are common factors which researchers have found to be linked within all known mass extinctions. Global warming builds up carbon dioxide which is then absorbed into the oceans, which causes acidification, while run-off of fertilizers and pollution stokes anoxia.

Means of countering the process, the commission concludes, are to halt over-fishing and reduce global warming levels. The “easiest” solution is considered to be the reversal of over-fishing by applying policy reforms, however billions of dollars worth are at stake, which will likely put efforts to a minimum. Let’s not mention the fifth of the world’s population which is dependent on fish-related food. Global warming reforms implies shifting from a primarely fossil fuel based system to a renewable one, which harnesses the power of nature.

Dan Laffoley, senior advisor on Marine Science and Conservation for IUCN, and co-author of the report, said: “The challenges for the future of the ocean are vast, but unlike previous generations we know what now needs to happen. The time to protect the blue heart of our planet is now, today and urgent.”