by Mihai Andrei
in Environmental Issues, Green Living, World Problems
Reading Time: 2 mins read
A A
Share on FacebookShare on TwitterSubmit to Reddit 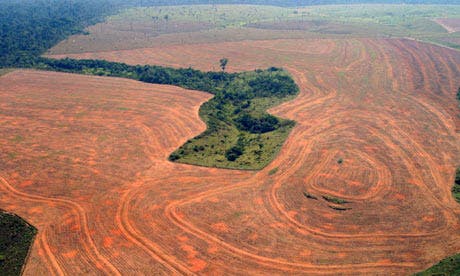 It’s a black period for Brazil’s environment, and things will get even worse in days to follow; the government just applied a reform of the forestry code which will make it extremely easy to cut down massively on the rainforests in Brazil.

After several delays and a desperate, but outnumbered resistance, the revised forest code was adopted with a vast majority; the bill was proposed by Communist Party lawmaker Aldo Rebelo, which explains things pretty well – money is alwas going to beat… well everything.

It is indeed, a defeat suffered by the environment, and a sad one too, in one of the areas where it needs victory most.

“It’s a law that looks to the past, not the future,” WWF-Brazil’s conservation director Carlos Alberto de Mattos Scaramuzza told IPS. 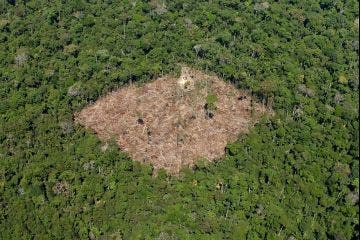 Among the many things this bill will do, it will grant amnesty on fines to landowners who illegally chopped down forest on their property, as long as the deforestation took place before July 2008 and the farm is 400 hectares or less in size. It will also reduce the amount of forest the farmers will have to preserve, not to mention retroactively legalise the clearing of land that is used for agricultural purposes, tree plantations, or rural and eco-tourism, if it was deforested before July 2008.

President Dilma Rousseff took a somewhat clear stance, threatening with a veto against portions of the law.

The vote coincided with the tragical death of two of Brazil’s most prominent environmental activists José Cláudio Ribeiro da Silva, 52, and his wife, Maria; their ears were reportedly cut off, as a proof of their deaths. They were ambushed by gunmen, after receiving numerous treats for militating against illegal tree cutting; makes a lot of sense, right ?

“Brazil woke up to the news of the murders of two leading environmental activists, and it’s going to bed with the murder of the forest code,” Greenpeace Brazil ecologist Paulo Adario told the press.

Over 60% of the Amazonian rainforest is in Brazil. Deforestation hit wild rates until the turn of the century, but after that, things started to settle down a little, and after 2004, the deforestation rates, although still big, hit a low. After this bill makes it’s mark however, things will definitely change, and we will get to see more and more of Brazil balding, and destroying one of the most special environments in the world.