Sarah Palin is not “as much a scientist” as Bill Nye

Former Alaska Governor Sarah Palin falsely claimed she is “as much a scientist” as Bill Nye. She's not.

Former Alaska Governor Sarah Palin falsely claimed she is “as much a scientist” as Bill Nye. Not only is Palin outright lying, but she is attacking more than Bill Nye – she’s attacking what he stands for, and that’s science.

Why you should listen to Bill Nye

Palin made the statements during the premiere of “Climate Hustle,” a film produced by the Committee For A Constructive Tomorrow that challenges the scientific consensus (yes, there is a consensus) that greenhouse gases are responsible for global warming. She urged parents to “teach their children to doubt climate change and to ‘ask those questions and not just believe what Bill Nye the Science Guy is trying to tell them.’ ”

The thing is, it’s not Bill Nye that’s saying those things – it’s everyone actually doing science. Sure, you see a lot of people on the TV and in the media speaking against climate change, but when it comes to science, the facts are there. Climate change is 95% caused by mankind, with 99.83% of all climate change peer reviewed articles coming up with similar conclusions. So again, it’s not just Bill Nye saying those things – if anything, he is voicing what thousands of studies have already shown. The science is as clear as it gets on that one, vested interests often misrepresent this consensus, often by attacking science communicators – as is the case here.

When it comes to the scientific credentials, Sarah Palin has none. She finished a bachelor’s in communications-journalism from the University of Idaho and then went into politics. Aside for being the governor of Alaska from 2006 to 2009, she was the chairperson of the Alaska Oil and Gas Conservation Commission between 2003 and 2004 – her position on climate change is no coincidence.

Bill Nye has a B.S. in mechanical engineering from Cornell. He has six honorary doctorate degrees, including Ph.D.s in science from Goucher College and Rensselaer Polytechnic Institute – though their relevance is debatable. According to FactCheck, he held various positions as an engineer between 1977 to 2009. In that period, he contributed to designs of 747 planes for Boeing and the designs of equipment used to clean up oil spills. He then spent a decade, from 1999 to 2009, at the NASA and California Institute of Technology’s Jet Propulsion Laboratory to design and create the MarsDial, a sundial and camera calibrator attached to the Mars Exploration Rover. He holds three other patents, redesigned ballet toe shoe, a digital abacus (a kind of calculator) and an educational lens. He has written several books on science and spend decades in science advocacy and education, including acting as CEO of The Planetary Society and teaching as a professor at Cornell. While the scientific value of the books and his CEO status at The Planetary Society is again debatable, it’s clear that the man has dedicated his life to science and communicating it.

He definitely is a scientist, and he clearly is more of a scientist than Palin, there’s no contest there. He is most definitely not the most knowledgeable climate scientists, but he definitely has a firm grasp on the general concepts, and most importantly – he’s not expressing his opinions (which is what Palin’s doing). He’s communicating actual science. 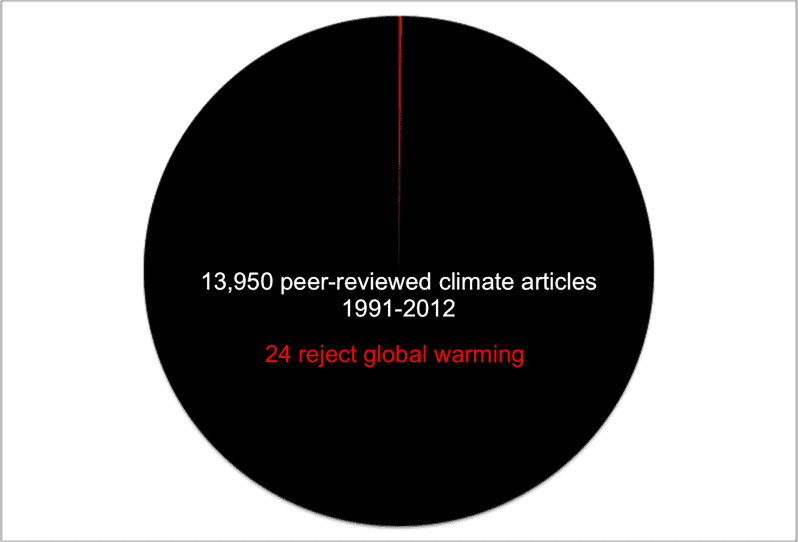 I don’t know what Palin’s political situation is, but given her disgraceful public endorsement of Donald Trump, I can only imagine. Her position on climate change is consistent with that of many other Republicans: humans aren’t causing global warming. In an August interview with conservative magazine Newsmax, Palin said:

“A changing environment will affect Alaska more than any other state, because of our location. I’m not one, though, who would attribute it to being man-made.”

Her position has remained constant, completely ignoring the thousands (yes, thousands) documenting man-made climate change and has referred to climate science as “snake oil science”. She criticized heavy-handed environmental laws and cited her 2008 suit, as Alaska’s governor, against the federal government to overturn the listing of polar bears as a threatened species. She considered environmental regulations as an economic burden. She went even further:

“No one has proven that these changes are caused by anything done by human beings via greenhouse gases. There’s no convincing scientific evidence for man-made climate change. The climate has always been changing. Climate change is to this century what eugenics was to the last century. It’s hysteria and a lot of it’s junk science.”

Regarding her involvement with the oil industry, she called for more drilling in the in the Arctic Ocean and in the Alaska-based Arctic National Wildlife Refuge. When commenting on the Gulf Coast oil disaster Palin said, “I repeat the slogan ‘drill here, drill now.'”

Meanwhile, I’ve found nothing that Bill Nye said, which contradicts the major scientific consensus. So if you care about the climate and science in general – listen to Bill Nye, not Sarah Palin.