by Mihai Andrei
in Climate, Great Pics, World Problems
A A

A significant part of Australia’s east coast, including country’s biggest city, Sydney, has been engulfed by a shroud of red dust blown mostly from the desert outback. Visibility was so bad that most if not all flights were delayed, and of course, there were the usual folks who started screaming that this is the apocalypse. Turns out, it wasn’t.

Numerous buildings, including the famous Opera House were covered in a thick blanket of dust and people took cover in their houses or nearby buildings. Lots of folks took to wearing masks and the emergency service reported a huge number of people who came in with respiratory problems. The transportation system was crippled also and doctors warned especially children and elder people to stay indoor until the storm passed, and even a few hours after that.

On Wednesday morning, powerful winds generated by a major cold air front transported tons and tons of dust from the drought plagued outback and brought it into the city. Dust storms are not really that uncommon, but they rarely take place somewhere else than the desert (or nearby areas); also, the pollution levels from the air were the highest recorded ever, with the 15,500 micrograms of particles per cubic meter generating a Mars-like landscape.

Locals described waking up to the storm as waking up on Mars, or even yet, in the middle of the apocalypse. The sky was soaked in red, the wind was blowing strongly and the whole scenery was somewhere between eerie and downright scary. They weren’t really as dangerous as they seemed, but they could do a significant amount of damage to one’s health.

“Dust storms are particularly hazardous for anyone with chronic lung disease or sinus disease. Once the particles per cubic metre are above 300, dust storms pose a risk to lung health,” said Dr Phillip Thompson of the University of Western Australia.

Here’s a video and some pics. 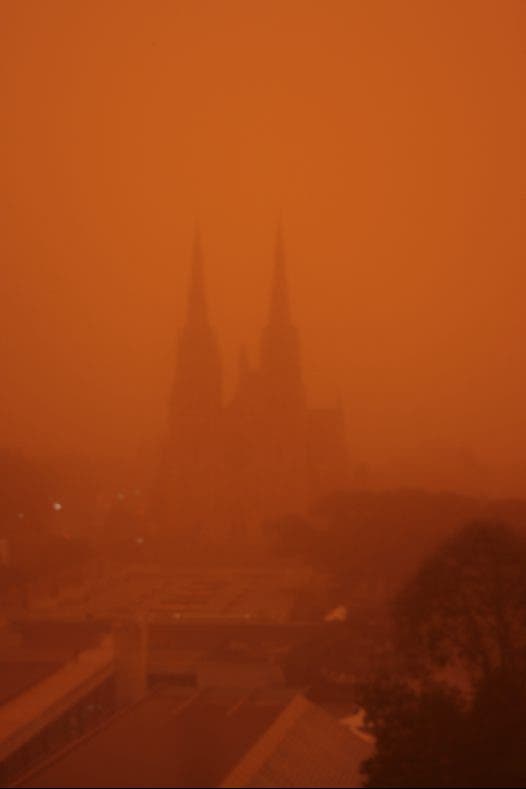 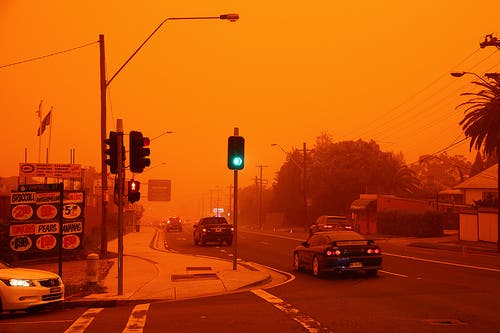 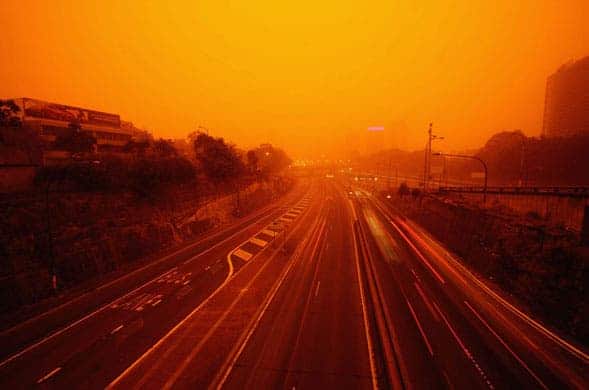 Pics via The Guardian