Engineers try to seal Chernobyl with a giant arch

by Mihai Andrei
in Design, Environment, News
Reading Time: 3 mins read
A A
Share on FacebookShare on TwitterSubmit to Reddit

Chernobyl is still one of the most radioactive places on the face of the Earth, and authorities are working on a huge program to reduce any further risks of contamination. Work began in recent days to remove, bit by bit, the giant chimney protruding from the Chernobyl nuclear power station. 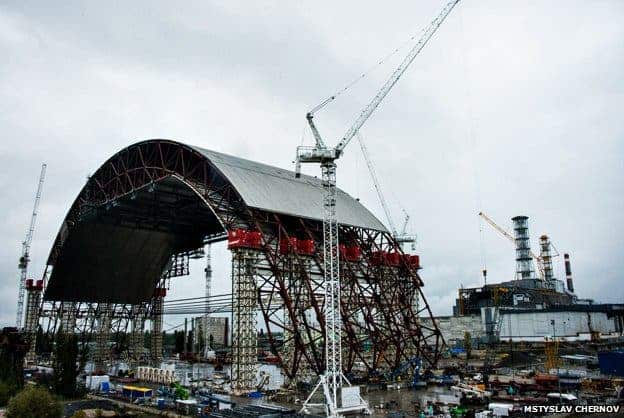 The Chernobyl disaster was a catastrophic nuclear accident that occurred on 26 April 1986 at the Chernobyl Nuclear Power Plant in Ukraine (back then in the USSR). It is widely considered to have been the worst nuclear power plant accident in history, and is one of only two classified as a level 7 event (the maximum classification) on the International Nuclear Event Scale (the other being the Fukushima Daiichi nuclear disaster in 2011). Now, if you were to go to Chernobyl (something which of course isn’t recommended) you’d see a half-built arch of gargantuan proportions looming over the decaying industrial landscape of cooling towers and power lines.

“Nothing like this has ever been attempted before,” says Don Kelly, 57, a nuclear industry veteran from Washington State, as he walks under the arch.

It’s definitely one of the largest engineering projects ever attempted, meant to seal off hundreds of tons of nuclear fuel and dust buried inside reactor number four. 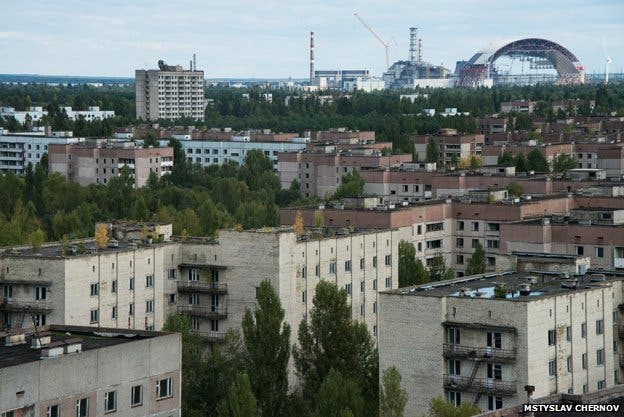 At 110m (360ft) tall, it’s so big that the Statue of Liberty would easily fit inside. When you consider that it’s also 257m (843ft) wide, you could fit a few hundreds Statues of Liberty inside there. Nothing like this has ever been attempted before in such an environment, but engineers claim they’re not worried about it, especially when they think about the importance of the work.

“It’s not dangerous, it’s just very, very difficult,” says Philippe Casse, 61, the site manager. “You have to organise everything to avoid the risk to people. But it is worth doing. I’m not just here to make a living, I’m here to make Chernobyl safe.” 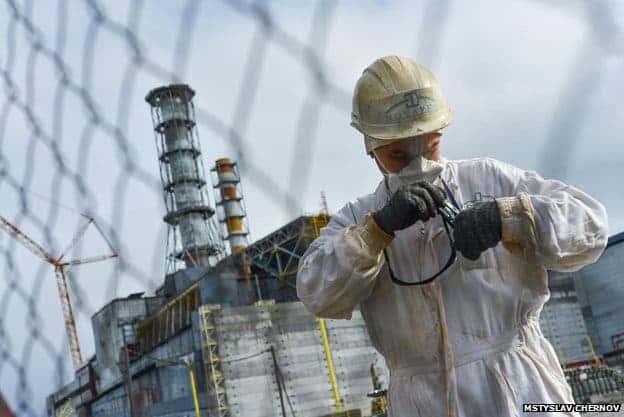 The work is paid for by the G8 nations, including British taxpayers, and the work is being done by Western corporations assisted by Ukrainian companies. Even after almost 30 years, the site still remains a threat for Ukrainian people.

Eventually, when the arch is done and the project is finished, the plan to use giant cranes to lift out the remains of the reactor and what’s left of the fuel, which “melted and flowed like lava into chambers beneath it”. But there’s a big problem: doing that would cause the cranes to become highly radioactive quickly, and there’s a big chance that they would gradually stop working. Also, even if they manage to pick up all these radioactive waste, what could they do with it? There is also still no suitable nuclear waste dump in the country, and no solution seems in sight – at least for the first part of the century.

“There is no money at the moment. “It could be done in 50 years’ time. Perhaps there will be the technology to solve the problem then.”