The case for dinosaur warm bloodedness keeps getting stronger.

by Alexandru Micu
in Animals, Science
A A

The first warm-blooded animals may have evolved millions of years earlier than believed, researchers at the University of Bonn report. 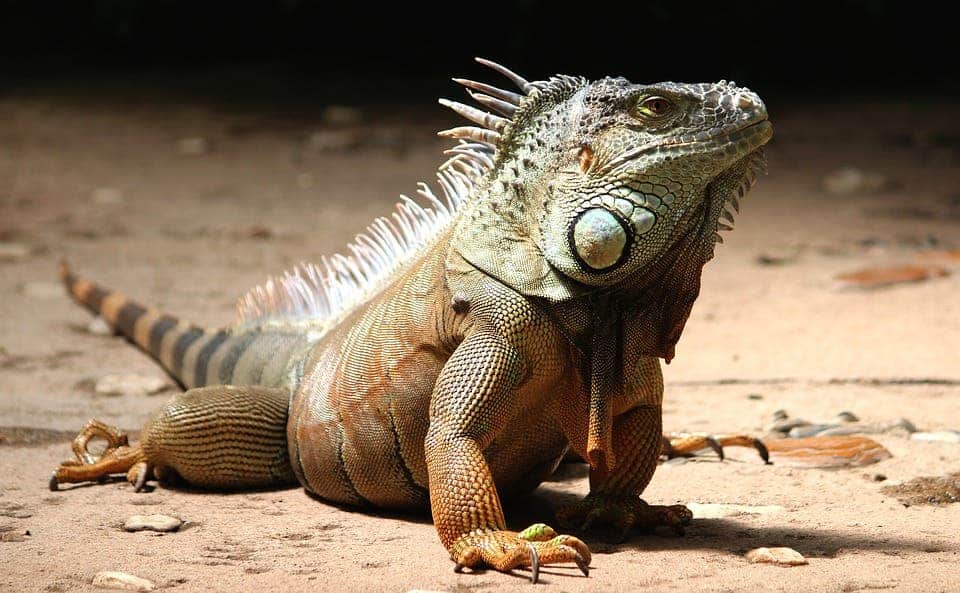 Those of you who have a pet lizard or snake probably know how much they like to bask in the sun or a heat lamp. They’re especially fond of doing this in the morning after a cold night. It’s all because of the way they regulate their internal temperature — reptiles rely on external heat to limber them up, as they can’t don’t use their energy to generate heat. You, me, a mouse, or other mammals and birds instead generate heat internally, by burning calories.

Because of this, reptiles are often referred to as cold-blooded, and as warm-blooded. Cold-bloodedness made a lot of sense in the Earth’s past, as mean temperatures were a lot higher back when reptiles were still news. Today, being cold-blooded is ‘cheaper’ in a nutritional sense — these animals need to eat a lot less because their bodies don’t burn anything to keep warm. Having warm blood means you’re more resilient in the face of environmental factors and allows animals a higher metabolic rate (what you perceive as being ‘lively’,) since the extra thermal energy makes biochemical reactions underpinning their activity take place faster.

Until now we’ve believed that the transition from cold to warm blood took place in a four-legged land animal somewhere around 270 million years ago.

“However, our results indicate that warm-bloodedness could have been created 20 to 30 million years earlier,” says Prof. Martin Sander from the Steinmann Institute for Geology, Mineralogy and Paleontology at the University of Bonn.

Since you can’t exactly slap a thermometer onto a fossil and see how warm the original animal was, the team had to use other methods of discerning between cold and warm-bloodedness. Thankfully, the trait leaves behind certain characteristics in the fossils that the team was able to draw on.

Warm-blooded animals tend to grow faster than their cold-blooded counterparts, which is reflected in the structure of their skeleton. Bones are a mix of protein fibers (such as collagen) and a material known as bone mineral, a form of hydroxyapatite. Collagen fibers in particular need to be well ordered during bone development since collagen makes them flexible and binds everything together. The more well ordered these fibers are, the stronger the bone becomes — but it also takes more time to grow.

Since mammals grow faster than reptiles, their bones are also based on a special structure (fibrolamellar) which allows for faster growth without sacrificing strength. And that’s what the researchers looked for.

Teaming up with his PhD student Christen D. Shelton, Prof. Sander analyzed the humerus and femur bones of the long extinct, lizard-like mammal predecessor Ophiacodon. They found that its bones relied on a fibrolamellar structure, suggesting that the “animal could already have been warm-blooded.”

The finding is especially exciting since Ophiacodon is closely related to both reptiles and mammals — it’s just beyond the spot in the tree of life where these two branches diverge. Up to now, we’ve simply assumed cold-bloodedness was the first type of metabolism to develop since today’s reptiles have the longest evolutionary heritage and are all cold-blooded. Warm blood, the theory goes, developed later as mammals evolved further.

But the findings, coupled with other known or suspected cases of warm-blooded ancient animals, could throw this theory into question.

“This raises the question of whether its warm-bloodedness was actually a completely new development or whether even the very first land animals before the separation of both branches were warm-blooded,” says Sander.

It’s currently just speculation, and the team will need to look at a lot more fossils before they have a clear picture. But if their theory is correct, we would have an interesting couple of questions on our hands: when, and why, did reptiles forgo warm blood?