There’s a sanctuary for orphaned kangaroos in Australia, and it’s awesome 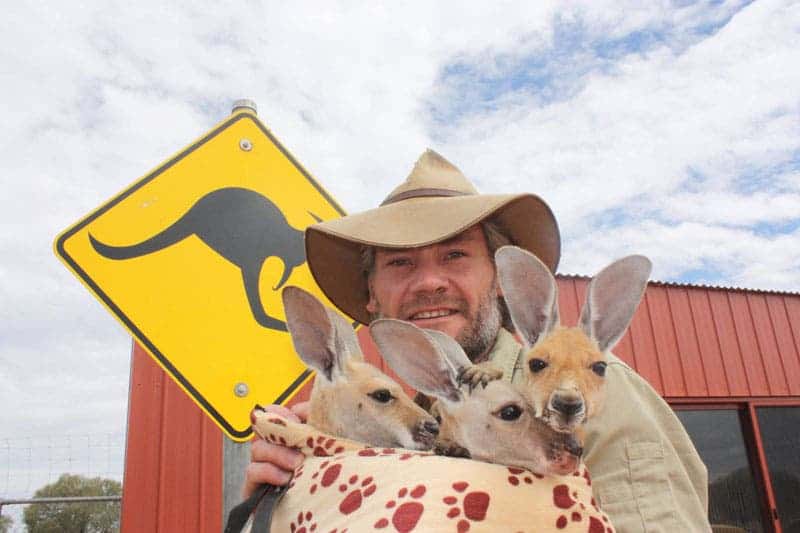 In 2005 Chris ‘Brolga’ Barns set up a baby kangaroo rescue centre in central Australia’s Alice Springs. The main goal was to help orphaned baby kangaroos, whose parents had been struck by vehicles in Australia. Often Chris would find the orphans at the side of the road still in their mother’s pouch – even if she had been killed. 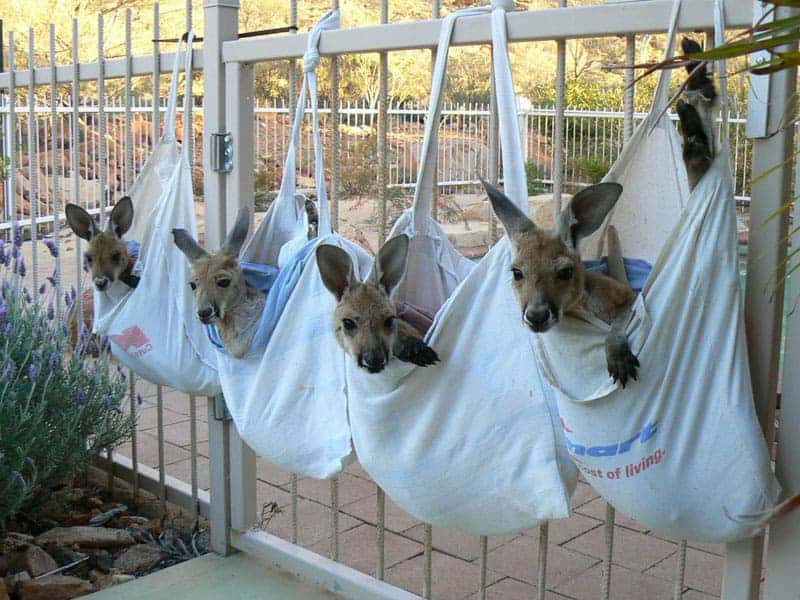 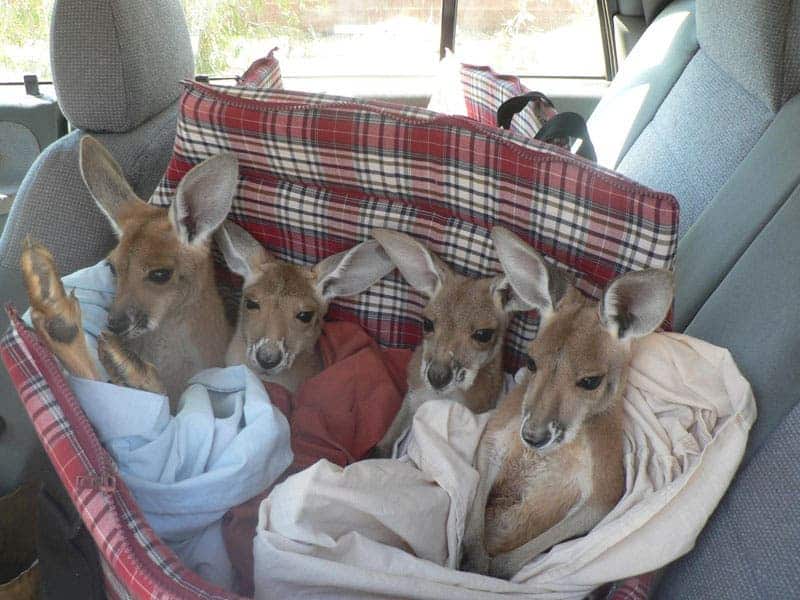 “Building a sanctuary has been my goal since founding a baby kangaroo rescue centre in 2005. By that stage I’d found one too many joeys [baby kangaroos] orphaned when traffic on Australia’s roads killed their mothers, and I’d decided something needed to be done,” Chris told The Telegraph in 2014. 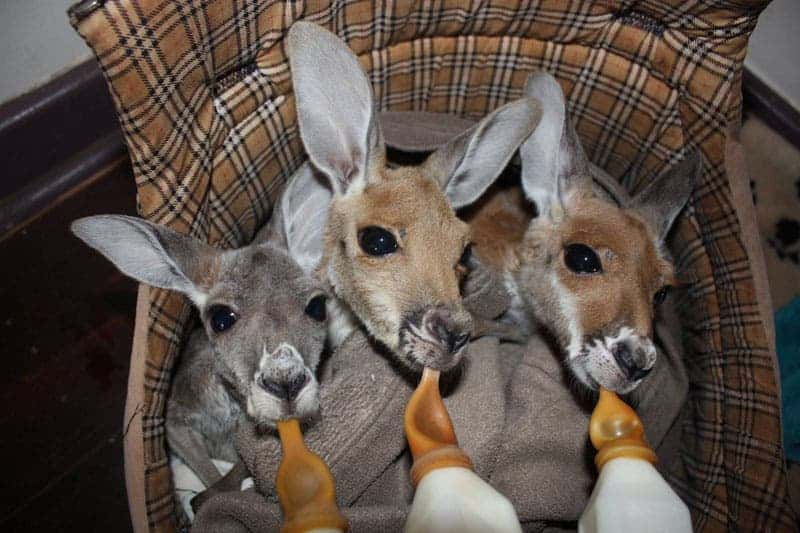 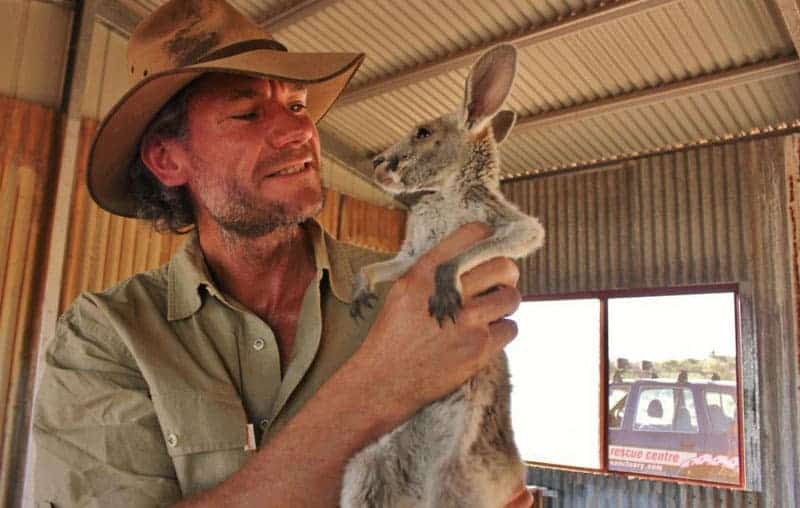 It took him years of hard work, but finally, in 2009-2011, he managed to open a proper sanctuary, which now hosts 28 kangaroos and a camel. The BBC actually did a series on him and his sanctuary called Kangaroo Dundee.

“The sanctuary finally opened in 2009, but never in my wildest dreams did I expect it to become as well-known as it has through the BBC series Kangaroo Dundee. I’m pretty level-headed about the fame because for me, the animals have always come first.” 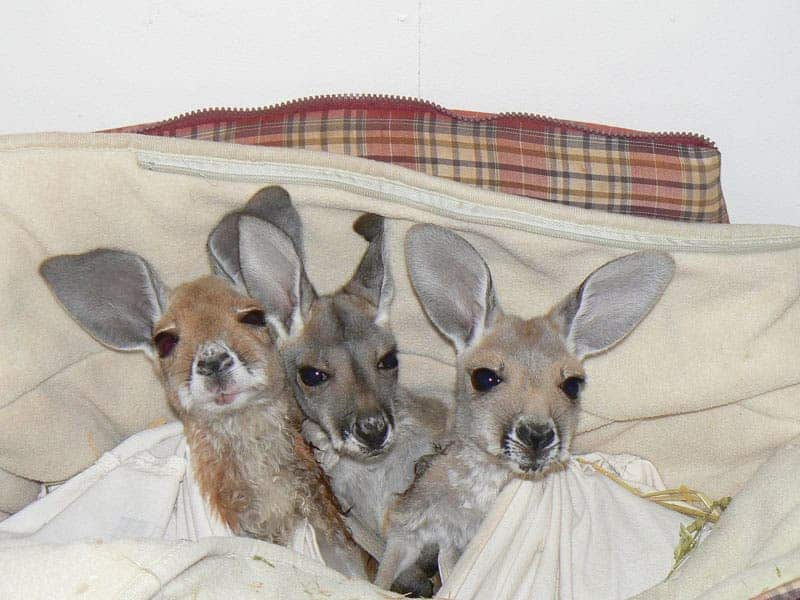 His animal-related career began at Pearl Coast Zoo in Broome, Western Australia, where he was a bird keeper. Later he was a zookeeper at Tipperary in the Northern Territory. It was at Pearl Coast Zoo however, when Barns had his first experience with an orphaned joey:

“My first experience with an orphan kangaroo joey was in 1989 when I was a 17 yr old Zookeeper at Pearl Coast Zoo in Western Australia. Her name was Josie Jo – a beautiful Western Grey joey being raised at the zoo staff quarters where I lived. The adventure of having a joey in the house and helping raise her made me realise that all I wanted to do in life was be the best ‘kangaroo mum’.” [source] 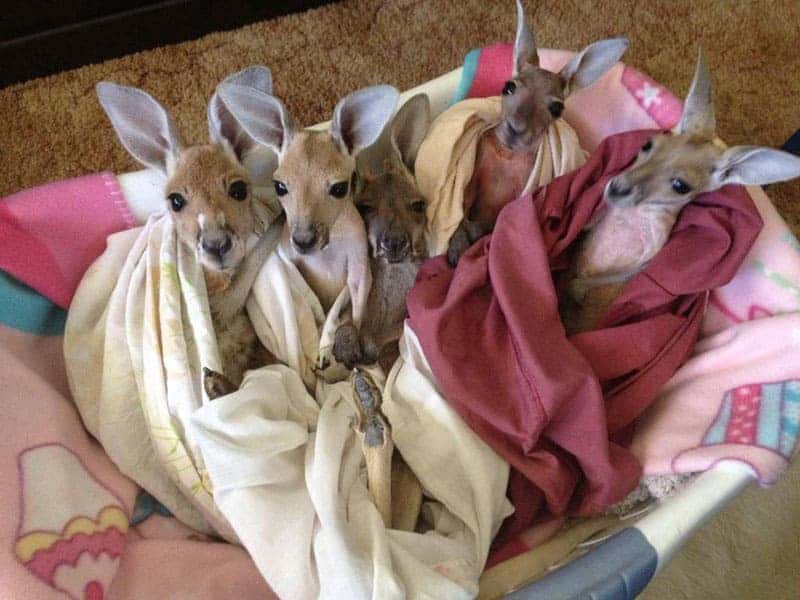 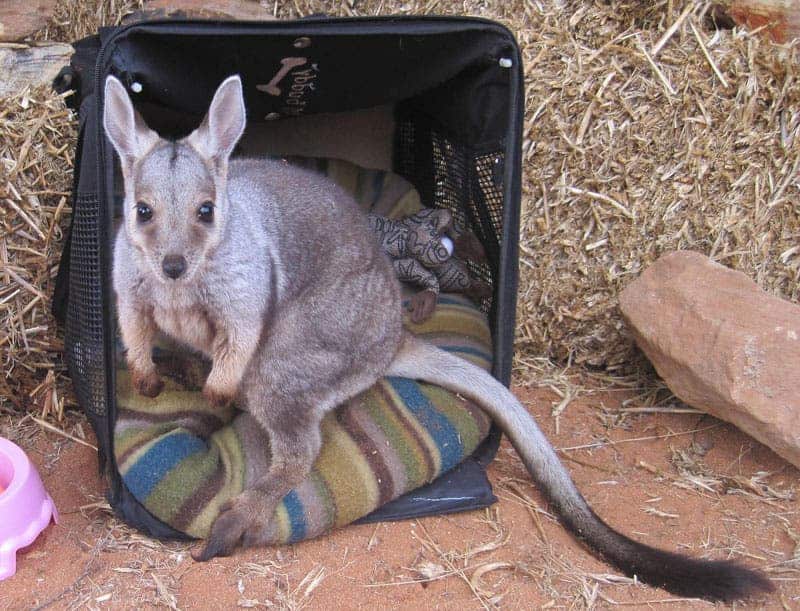 Brolga’s next step is to build Central Australia’s first wildlife hospital on the grounds of his Sanctuary. Donations are welcome to help him with his current work and his dream of building a hospital, so if you enjoy his story and want to make a difference for the wild kangaroos in Australia, please consider donating to the cause. 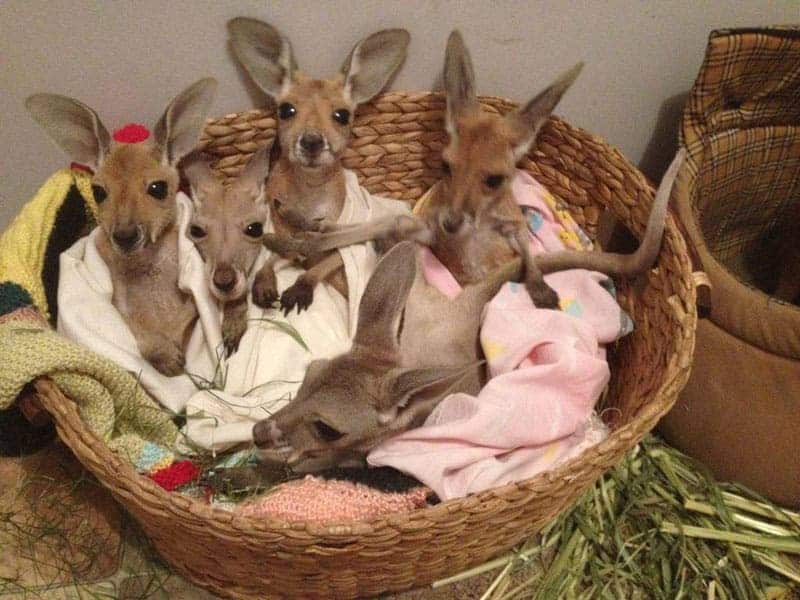 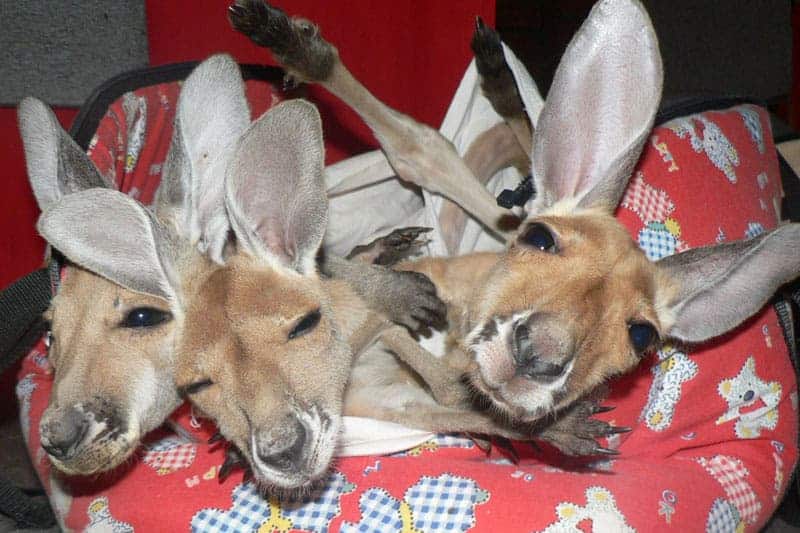 The Australian government estimates that 34.3 million kangaroos lived in Australia in 2011, but many of the smaller species are rare and endangered. Still, even if kangaroos are not endangered as a whole, but that doesn’t mean that they don’t need help – especially since we are the ones causing their problems. 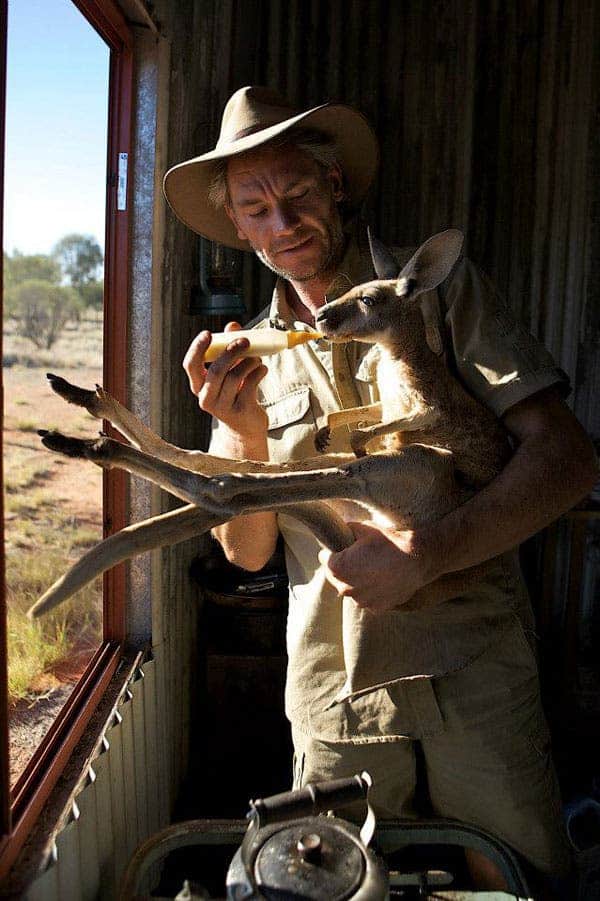 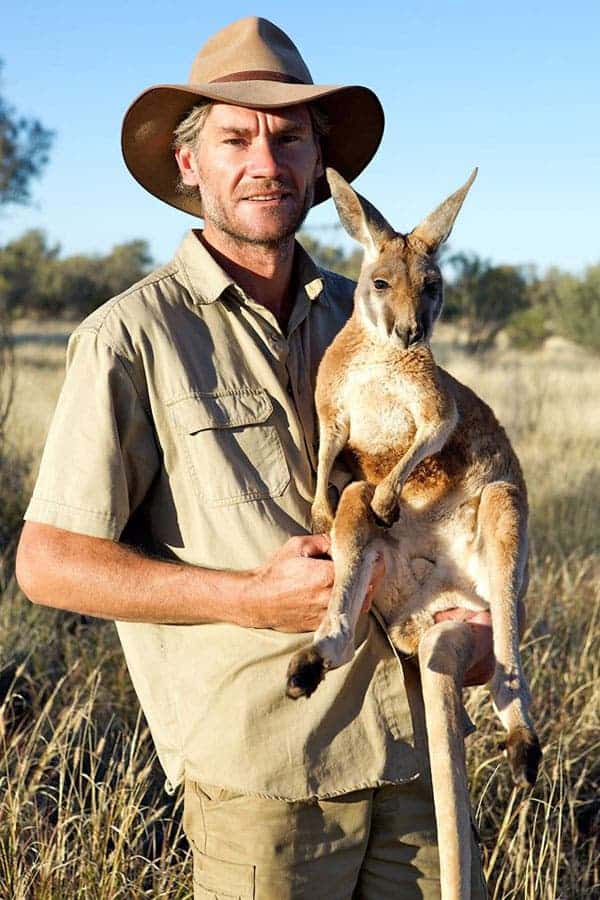