Strength in numbers: tiny shrimp might be capable of mixing the ocean

“Individually, we are one drop. Together, we are an ocean.”

by Elena Motivans
in Animals, Environment, News, Oceanography
A A

“Individually, we are one drop. Together, we are an ocean,” said the Japanese writer Ryunosuke Satoro. In similar way, shrimp that are tiny on their own can mix the ocean. New research published in Nature highlights the possible role of brine shrimp in ocean mixing.

On its own, one shrimp is very small, only about a centimeter long, and barely makes a ripple in the water. However, the animals aggregate very densely over a span of tens of meters. Each day the brine shrimp migrate up and down a water column. They usually migrate down in the day to avoid being seen and eaten by fish, and usually go back up at night to feed. There are so many of them that as they migrate up and down hundreds of meters, they could help to mix the ocean.

Researchers from Stanford University kept brine shrimp (Artemia salina) in two stratified tanks created by having two layers of water with different salinity levels. A blue LED light was used to attract them to the top of the tank, and a green LED to bring them to the bottom again. The researchers measured the mixing of the water and visualized the water flow as the shrimp migrated up and down. 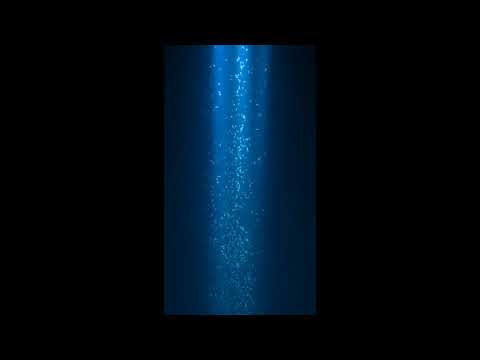 The shrimp migrating in the tank. Credit: Isabel Houghton.

The eddies formed when the shrimp swam upward were strong enough to form a large downward jet, even in densely stratified water. It did not form when they went back downwards because the animals have a negative buoyancy, meaning that they don’t need to actively swim as much to go downwards.

This mixing is important because it can bring nutrients and oxygen further down; it is important for local growth and productivity. This hypothesis can only been tested in the lab so far, but it seems like many otherwise insignificant things make a big difference when they are together.