Benjamin Wegener, a researcher at Monash University’s School of Biological Sciences and his team has shown that for squids, it’s really a dog eat dog out there: certain females consume male ejaculate and sperm as if they were foods, providing more energy for both themselves and future eggs. 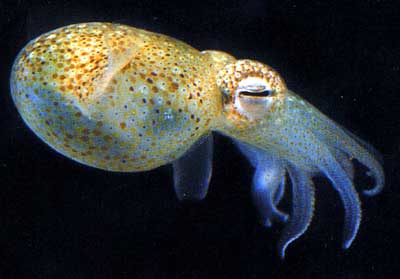 For females, it’s really a big win – the sperm is very rich in nutrients, and while ejaculate ingestion has been documented in numerous other species, sperm consumptions is far less common.

“If males have their sperm consumed, rather than used for egg fertilization, they will lose that reproductive opportunity. Therefore, it is in the male’s best interests to try to ensure at least some of his sperm reaches the female’s eggs,” lead author Benjamin Wegener, a researcher at Monash University’s School of Biological Sciences, explained.

Other species which have been documented to consume ejaculate include carrion flies, picture wing flies, a strange marine invertebrate known as Spadella cephaloptera, a type of leech, a marine nudibranch and the southern bottletail squid (Sepiadarium austrinum); humans may ingest sperm, but it’s not part of the standard behavior during reproduction.

This raises many questions. Do the females actually sample the sperm and decide if they want to use it for reproduction or for nutrition? Do they trick unsuspecting, less desirable men into giving their semene? Those are questions yet to be answered.

“As the authors point out, she might even choose to eat the sperm packets from less attractive males and use the sperm from more attractive ones for fertilizing her eggs.”, added Tom Tregenza, a professor of evolutionary ecology at the University of Exeter.