Scientists went to the zoo to develop better electronic noses.

Dogs are not only man’s best friend, but they’re also amazing sniffers. Their ability to detect explosives or illegal substances has long been understood but we’re just scratching the surface. Recent studies have shown that dogs are able to detect several types of cancer, malaria, and even so-called superbugs. Researchers are now trying to find new ways to replicate these abilities in sensors and robots.

“We turned to animals to understand what nature has already figured out,” said Thomas Spencer, a doctoral candidate in David Hu’s lab at Georgia Tech. “We are applying the underlying principles that we learned about these mechanisms to design a better sensor.” 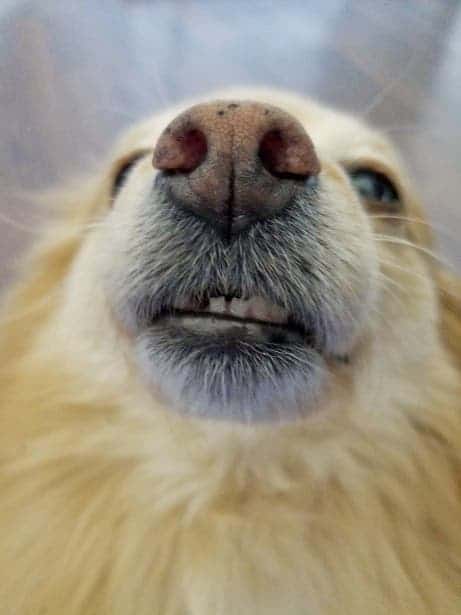 Spencer and colleagues work on designing the electronic equivalent of a nose — and they started out with a cheese smelling competition — how else? At the current stage, the team focused on how to best drive the odor to the sensor, a natural process in the biological world, but one that’s quite tricky to replicate electronically.

Dogs aren’t the only creatures with amazing sniffing abilities, and researchers wanted to see which animals fare best in this regard. To this aim, they traveled to the Atlanta Zoo to compare the way different animals sniff, from mice to elephants.

“We wanted to measure the sniffing frequency of animals when they are trying to identify a new source of food or something that interests them,” Spencer said.

Unsurprisingly, they found that sniffing speed decreases with body size — in other words, small creatures like mice sniff much faster than large creatures like elephants.

In order to figure this out, the team used wind tunnel experiments to map how the odor particles moved through the air. The team gathered sensor information in real time, analyzing how chemical compounds shift around during the sniffing process and then developed computer simulations to refine the observations.

“These findings are important because it gives us insight into the physics of sniffing,” said Hu, an associate professor of mechanical engineering and biology at Georgia Tech. “This information will affect how we scale up sniffing machines.”

Using these insights, they were able to design an electronic nose that distinguishes from different types of cheese — still a far cry from what dogs can do, but a great step in the right direction.

So far, results are only preliminary and have not been published in a peer-reviewed journal. The study will be presented at American Physical Society’s Division of Fluid Dynamics 71st Annual Meeting.

“This is still a fairly new study,” Spencer said. “Our hope is to get a snippet of that ability and replicate it for ourselves.”