Are cephalopods taking over the oceans?

Human activity has been wreaking havoc on ocean life. One group however seems to thrive where others struggle to survive: new evidence shows that cephalopods' numbers have significantly increased over the last six decades.

Human activity has been wreaking havoc on ocean life, but one group however seems to thrive where others struggle to survive. New evidence shows that cephalopod numbers have significantly increased over the last six decades.

Cephalopods such as squids, octopuses and cuttlefish have several traits that allow them to adapt much quicker than other ocean denizens: they grow really fast, have short lifespans and have a very sensitive phisique. These qualities have allowed them to thrive even as most other ocean creatures are declining in numbers.

Zoë Doubleday of Australia’s Environment Institute at the University of Adelaide and her team analyzed global cephalopod catch rates (catches per unit of fishing or sampling effort) from 1953 to 2013. The study included 35 species and genera from six families of cephalopods. Their results show that more and more of these creatures are ending up in fishing nets, all over the world. This suggests that they’re increasing in numbers.

“The consistency was the biggest surprise,” says Doubleday. “Cephalopods are notoriously variable, and population abundance can fluctuate wildly, both within and among species. The fact that we observed consistent, long-term increases in three diverse groups of cephalopods, which inhabit everything from rock pools to open oceans, is remarkable.”

While it is pretty neat to see how tenacious life can be, this increase can turn out to be a double-edged sword:

“Cephalopods are voracious and adaptable predators and increased predation by cephalopods could impact many prey species, including commercially valuable fish and invertebrates,” the team writes. “Conversely, increases in cephalopod populations could benefit marine predators which are reliant on them for food, as well as human communities reliant on them as a fisheries resource.”

Predicting exactly what this increase means for marine ecosystems and its socio-economic consequences is going to be difficult, the team admits. We don’t really know how fishing will affect this new state of ocean affairs, nor what’s driving the cephalopods’ proliferation. But the team plans to find out.

“It is a difficult, but important, question to answer, as it may tell us an even bigger story about how human activities are changing the ocean,” Doubleday concludes. 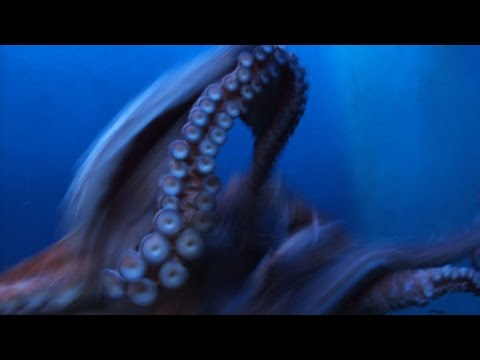 The full paper, titled “Global proliferation of cephalopods” has been published online in the journal Current Biology and can be read here.