While almost anyone in the world has an image in their head of  Neil Armstrong making mankind’s hugest steps, in the case of a similarly important historical astronautical milestone there isn’t any video footage of Yuri Gagarin’s 1961 orbit around the world – just audio radio conversations.

Yuri Gagarin was the first human to journey into outer space when his Vostok spacecraft launched successfully and completed an orbit of the Earth on April 12, 1961. After re-entry, Gagarin ejected from the craft and landed safely by parachute. Yuri died of an untimely death in a 1968 jet crash, the Vostok being his first and only space flight, although he was a back-up for the Soyuz 1 mission, which ended in tragedy.

In 2011, fifty years Gagarin’s orbital flight, the crew of the International Space Station have recreated the view of Earth from the same path Gagarin’s capsule took, in high-definition video. The resulting film is titled “FirstOrbit” and will launch on Youtube next month, on the 50th anniversary of Gagarin’s flight. 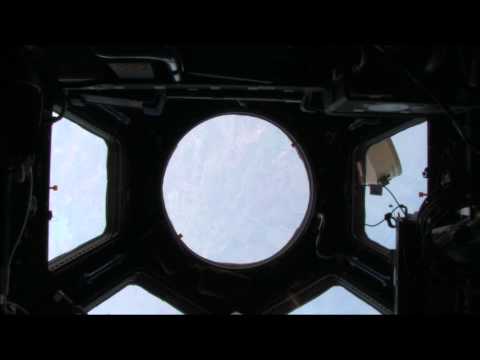