by Tibi Puiu
in Offbeat, Space
Reading Time: 2 mins read
A A
Share on FacebookShare on TwitterSubmit to Reddit 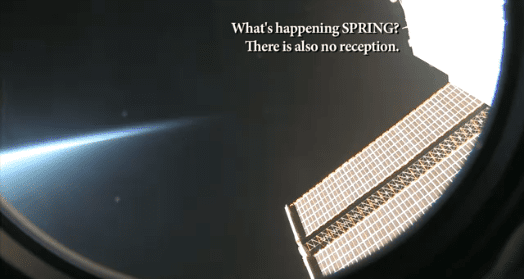 A few weeks ago I told you a bit about “First Orbit”, a marvelous documentary by Christopher Riley which practically visually recreates the same path Yuri Gagarin undertook exactly 50 years ago when he became the first man ever to go into space. Every six weeks, the International Space Station orbit matches the same arc around the world traced originally by Yuri Gagarin’s Vostok capsule, fact which instantly gave the film maker the idea to gain access to real time footage of the orbit and sync it with Yuri Gagarin’s radio transmissions with the Soviet mission control. The video was shot by ISS astronaut Pablo Nespoli.

You can watch and amaze at the beauty of “First Orbit” right below in the full 1:39 hours video stream – be sure to change to HD mode, it’s worth it. Besides the excellent atmosphere and syncing (you’ll be able to hear and see what Gagarin was communicating back home through the ISS perspective), the music is absolutely stellar. If you like, you can also download it from the First Orbit website.

If you needed more reasons than these to realize Yuri Gagarin was awesome, you’ll be totally convinced after watching the movie.