Today, we celebrate 50 years since Yuri Gagarin went into outer space, thus becoming the first human being to do this. But there’s more to him than just that. Here’s a list of some of the things that make him awesome:

1. He was the first man to go into outer space, of course.
2. In the middle of the Cold War, Yuri Gagarin wasn’t only a hero for the Soviets, but he was one in America too.
3. His peers thought extremely highly of him, and in an anonymous survey took before the launch, almost all of them pointed at him as the right man for the job.
4. In the moments before Vostok was launched, even though success wasn’t certain at all and death was a serious possibility, he hailed this opportunity as sublime.
5. He was only 26 when he went into outer space.
6. Yuri Gagarin was an athlete throughout his whole life.
7. He didn’t settle for doing just this, he always wanted other challenges. 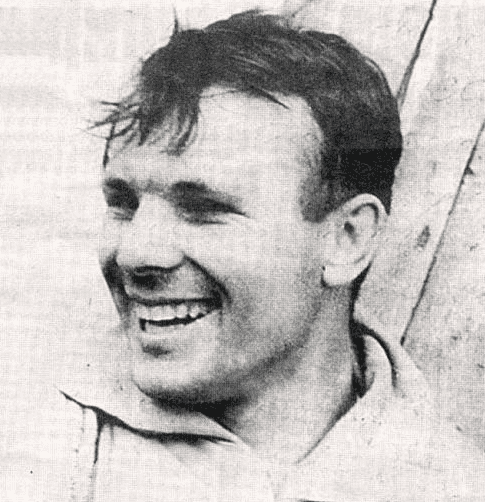 8. He accepted risky missions too. Sadly, this was also the reason why he died, only a few years after going into outer space.
9. His mother and father were peasants, and he showed that no matter who you are, you can reach for the stars if you really want to.
10. He had a dashing smile.
11. Also, he had the medals to go with it.
12. He became a role model for Russians, as well as people from the whole world.
13. He paved the way for a new era, the era of space flight.
14. After he graduated, he went on to one of the worst places for flying an aircraft, at the border of Norway and Russia.
15. He was extremely modest, as anyone who met him can confess.
16. He had a sharp and witty sense of humor, something not that common in those days and environment.
17. Even when compared with other astronauts, Yuri Gagarin still stands out as extremely strong psychologically.
18. He was only 1.57 meters tall, but he was farther away from the ground than anybody.
19. As he went into the capsule, he was humming a song whose first two lyrics are: The Motherland hears, the Motherland knows/Where her son flies in the sky.
20. After the space flight, Gagarin wanted to re-qualify as a pilot so he can follow this career.
21. The people of Manchester, England, cheered and applauded him for hours as he visited the city. That wasn’t something you’d expect at all during those days.
22. He really loved hockey, and the Kontinental Hockey League is now named the Gagarin trophy.

23. He’s on the home page of Google (at least today, 12 April).
24. Sergei Korolev, the absolutely brilliant mastermind behind the Soviet space program, spoke highly of him everytime he had the chance.
25. He also said he had a smile that “that lit up the Cold War”.
26. As part of their training, astronauts were asked to stay a few days in isolation chambers. Some of them sang, some of them recited poetry, but Gagarin thought about the future.
27. He was so polite he used to bring flowers to the journalists at press conferences.
28. He also applauded them.
29. He supported the idea of having a woman go into outer space.
30. He is the first man to officially see the whole word; after all, he did orbit the earth.
31. ZME Science loves him! Heh, just kidding, that’s not a reason to be awesome, but we love him anyway… and I couldn’t stop the list at 30.