by Mihai Andrei
in Science, Space
A A 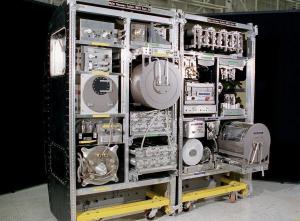 This is not for the average man, but when you’re more than 300 km above the Earth, it’s pretty hard to get a glass of water. The estimated cost to transport a pint would be about 15 000$ which is well, astronomical to say the least. So finding a way to recapture every drop of water was vital for scientists.

Astronauts from the International Space Station have to recapture water that evaporates from showers, brushing their teeth, washing and transpiration. Still, this is the first time that NASA considered this potential source of water; of course, I’m talking about urine.

This is where Water Recovery System goes in. With the help of scientists from the Michigan Technological University, they are now able to transform pee into water as clean as you’ll ever find. David Hand was the leader of the project. He says that in this system, urine is distillated and then joins the rest of the fluids in the water processor.

“What’s left over in the water are a few non adsorbing organics and solvents, like nail polish remover, and they go into a reactor that breaks them all down to carbon dioxide, water and a few ions”.