Half of supermassive black holes are surrounded by ‘dust clouds’

Black holes are perhaps the most fascinating and staggering objects in the known Universe, and we are just now beginning to uncover their secrets. Dr. Sergei Nayakshin of the University of Leicester and his team found that doughnut-shaped dust shrouds that cover about half of supermassive black holes may very well be the result of high speed crashes between planets and asteroids. 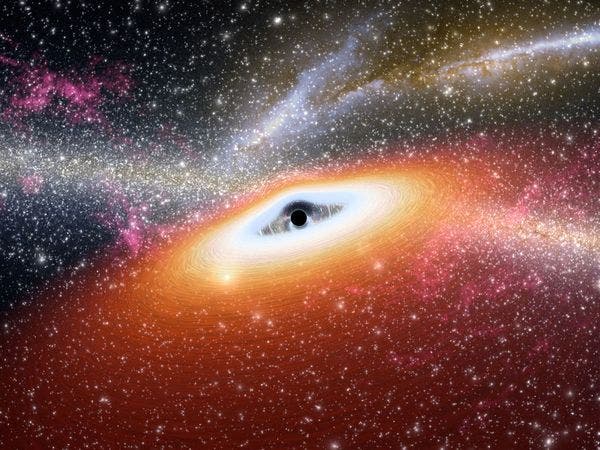 “We suspect that the supermassive black hole in our own Galaxy, the Milky Way, expelled most of the gas that would otherwise turn into more stars and planets,” Nayakshin said.

“Understanding the origin of the dust in the inner regions of galaxies would take us one step closer to solving the mystery of the supermassive black holes,” he added.

The study has been published in the Monthly Notices of the Royal Astronomical Society.