A magnetic solar ‘heartbeat’ beats deep down in the Sun’s interior, generating energy that leads to solar flares and sunspots. 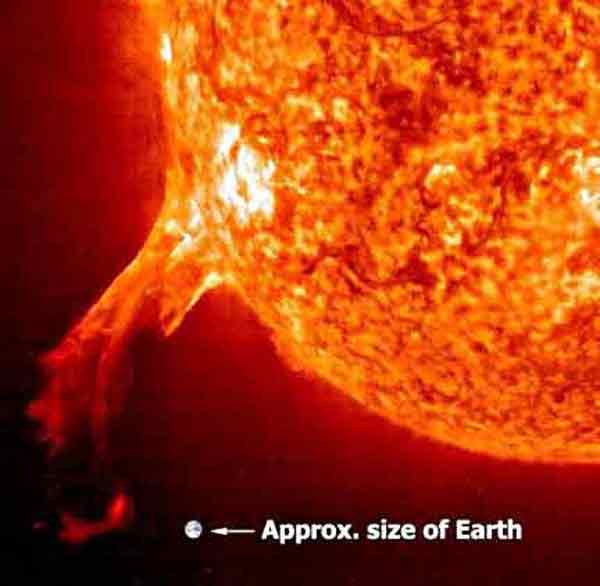 A solar flare is a large energy release in the form of a sudden brightening of the surface or the solar limb. The flare ejects clouds of electrons, ions, and atoms through the corona of the sun into space. The frequency of solar flares varies from several each day (when the star is active) to less than one a week. Solar flares were first observed on the Sun by Richard Christopher Carrington and independently by Richard Hodgson in 1859, and since then they were observed on other stars. 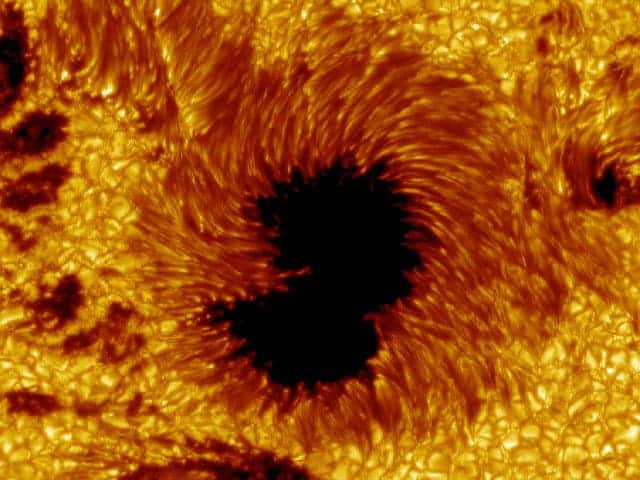 Sunspots are temporary phenomena on the sun’s surface which appear as dark spots compared to surrounding regions. Basically, whenever certain conditions are met, intense magnetic activity inhibits the convection currents which typically occur in the Sun. This results in an area which is significantly cooler than its surrounding region. They usually appear as pairs, with each sunspot having the opposite magnetic pole than the other.

A new supercomputer simulation, described in the April 4 edition of the journal Science, probes the sun’s periodic magnetic field reversals. According to this model, a solar cycle 4 times longer than the 11 year sunspot cycle governs the level of solar activity. Being able to create a model that fits the actual data so well and creates such a regular pattern is remarkable, astrophysicists say. 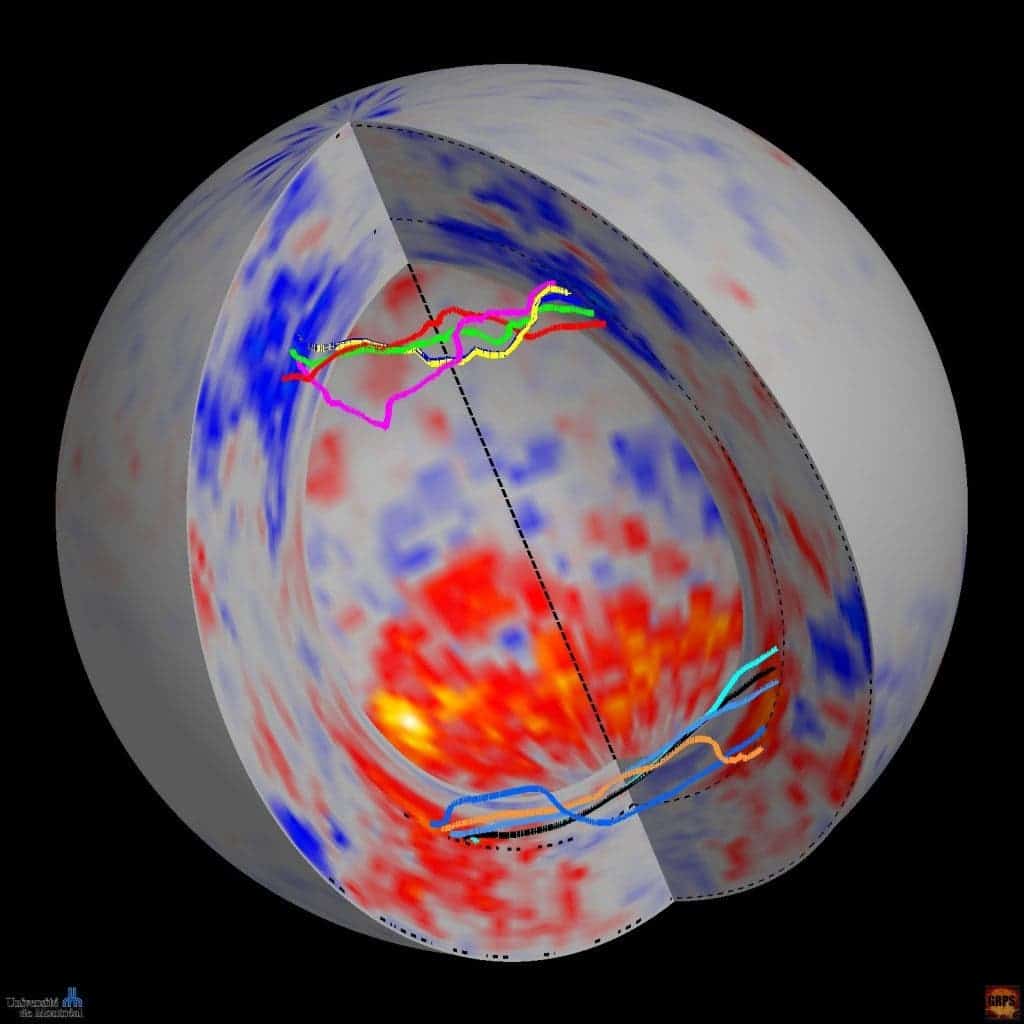 Modelling the Sun has always been a problematic issue; turbulence occurs both at small and large scales, and even though big ones are relatively easy to model with today’s technology, small scale turbulences are much harder to figure out – but they’re just as important in understanding how fluid propagates.

Whenever a vortex is formed on the surface of the Sun, the energy dissipates into smaller and smaller whirpool shapes, called vortices. You can test this out yourselves, by swirling your hand in the bathtub. The movement will break up into smaller ones, which will subsequently break off into smaller ones, and so on. However, on the surface of the Sun, which is ~1 million times larger than that of the Earth, dissipation takes place at a scale of tens of meters. Of course, judging by scale, these features are much too small to be taken into account by any model.

“There’s no way we can capture that in a simulation,” Charbonneau explained.

When conducitng such approximations for models, the resolution goes to about 10 kilometers – this insufficient resolution gradually creates an energy build up that “blows up” the model before running too lon.

Stopping the “blow up”

Co-author Piotr Smolarkiewicz of the European Centre for Medium-Range Weather Forecasts, focuses his work on meteorology rather than astronomy. His input was decisive, because the same turbulence principles apply to both fields.

His team used supercomputers at the University of Montreal that are linked to Calcul Québec, a network of large computers used across the province of Quebec. Trying to find a workaround the blow up problem, they created a model that dissipates the energy just as the collapse is about to happen.

“It’s not easy to do in a fluid system like that. If you start removing energy too quick, you will affect the global dynamics of the system,” Charbonneau said.

“There’s a link between convective energy transport and the magnetic cycle, and you can measure that through going through the simulation and pulling out the flows, the primary variables,” Charbonneau said. “Once you have a magnetic cycle that builds up and develops in the simulation,” he added, “you can analyze how that affects convective transport and the sun’s luminosity.”