by Mihai Andrei
in Great Pics, Space
A A

NASA released footage of an absolutely remarkable phenomena: the ejection of a massive solar filament, a type of coronal ejection, captured in all its splendor.

According to the space agency, the filament has been hovering in the Sun’s atmosphere since August, and it was ejected on the 31st of August. The solar eruption was shaped somewhat like a light bulb, which made NASA scientists dub it the ‘Eureka moment’. The Solar and Heliospheric Observatory (SOHO) spacecraft, which captured the footage, is a joint effort from NASA and ESA, the European Space Agency. 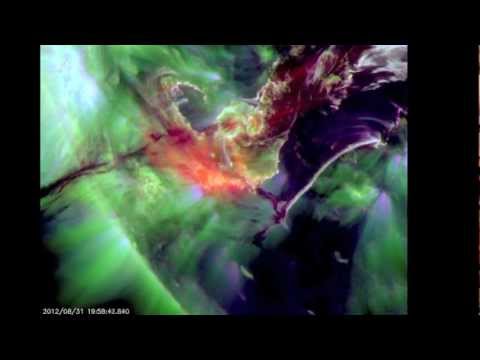 Coronal mass ejections (CMEs) are massive clouds of charged particles and plasma, and it reached about half million miles into outer space. Although the massive ejection wasn’t directed directly at Earth, it did interact with our magnetosphere, causing some spectacular auroras; the radiation didn’t cause any real problems on our planet, and the lights were also visible in North America.