by Tibi Puiu
in Science, Space

The Russian space agency recently announced that they’ll be soon launching a campaign to recruit cosmonauts for upcoming missions to the Moon, slated for the next ten years. Interestingly enough, the announcement comes just one day before the much expected February full moon, called Snow Moon – yes there’s actually snow on the moon this time of year. Don’t miss it tomorrow! 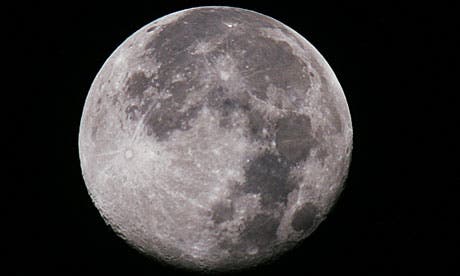 According  to Vladimir Popovkin, the head of Russia’s Federal Space Agency Roscosmos, applications are open to anyone with medical or technical training.

“We will have the preliminary selection at first. But I can say that the group will most likely be trained to fly to the moon,” Popovkin said. “Nowadays, modern science is ready to use the moon. I think that man will be on the moon by 2020.”

This sudden change of direction in Russia’s space agenda was somewhat expected, since its Mars mission catastrophically failed, when the Phobos Grunt Martian rover failed right after it exited Earth’s atmosphere. Also, it’s worth noting that despite being a space superpower, Russia has never had a man orbit the moon, let alone land on it.

“We will think again what kind of forces we have and how balanced they are. Maybe there’s a point to make decisive steps towards the exploration of the Moon. As for Mars, we will cooperate with our partners,” Vitaly Davydov, Deputy Head of Roscosmos said.

What’s there to see on the moon? After all, the milestone was set with the first man to touch base on the man in 1969, as well as further subsequent manned missions. Well, science has advanced a great deal since 50 years ago and thus implementing technology on the moon’s surface will greatly aid scientists learn more about our only natural satellite. On the moon’s polls, ice was found, which could provide the critical foundation for ultimately building a lunar base, equipped with optical and radio telescopes. Although there are currently huge telescopes on Earth that provide all kinds of new insights about the Universe today, they’re severely limited by the atmosphere which causes radio interference and poor optical observation capabilities. A whole new class of radioastronomical phenomena might be observed from the moon.

Of course, there’s a very high economic interest in the moon at this moment. It’s believed the moon holds 10 times more platinum and titanium than on Earth, along with helium 3, a rare isotope of helium, which is nonexistent on our planet. Mining these resources and effectively sending them back to Earth would be currently impossible, not without a huge investment at least, but you have to start somewhere. A small lunar outpost might provide the necessary leverage the world needs to start the first lunar exploitation, besides scientific study.

Lev Zelyony, director of the Institute for Space Research for the Russian Academy of Sciences, told Russia’s Interfax news agency that such projects could be built between 2040 and 2050.