by Mihai Andrei
in Astrophysics, Remote sensing
Reading Time: 3 mins read
A A
Share on FacebookShare on TwitterSubmit to Reddit

Intense light from a huge explosion (a gamma ray burst) that took place shortly after the birth of the Universe (12 billion years ago) has reached Earth, and was observed by researchers. 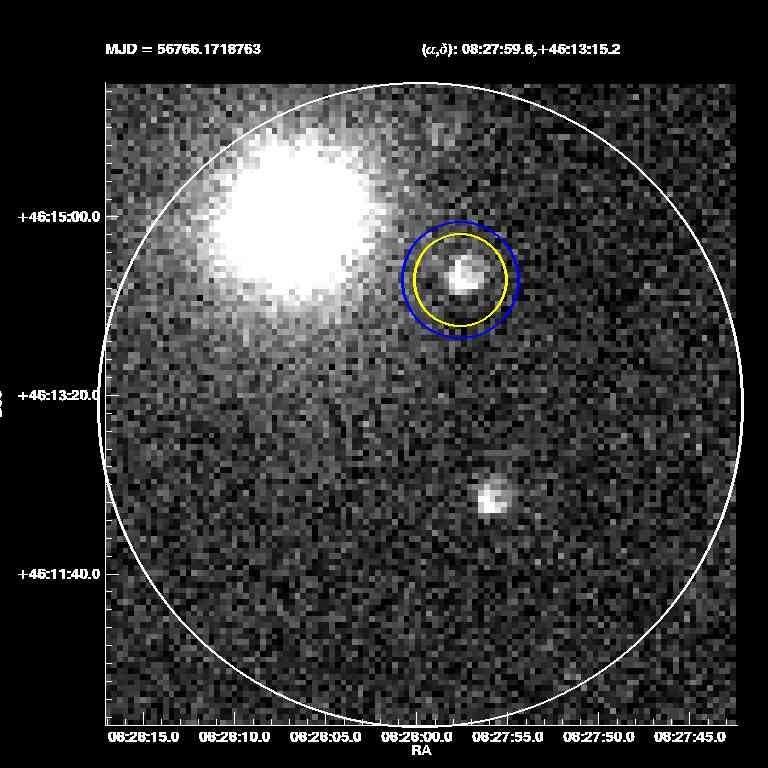 Gamma Ray bursts are the strongest explosions since the Big Bang – in just 10 seconds, they release more energy than our sun in its entire life time; read this a few times, and let it sink in.

So far, they have only been observed in distant galaxies, because, well, if they would take place in nearby galaxies, let’s just say there wouldn’t be much around to observe them. Because of the immense distance of most gamma-ray burst sources from Earth, identification of the progenitors, the systems that produce these explosions, is particularly challenging.  To put it simply, we don’t know exactly why they happen, but we do have some good bets. Most observed gamma ray bursts are believed to occur when huge stars supernova or hypernova rotate more and more rapidly, ultimately collapsing to form a neutron star, quark star, or black hole. They are short bursts, but as I said, extremely energetic.

This particular gamma ray burst traveled for 12.1 billion years before it was detected and observed by a telescope, ROTSE-IIIb, from the Southern Methodist University, Dallas. Robert Kehoe, physics professor and leader of the SMU astronomy team also believes this explosion was caused by a supernova:

“Gamma-ray bursts may be particularly massive cousins to supernovae, or may correspond to cases in which the explosion ejecta are more beamed in our direction. By studying them, we learn about supernovae,” Kehoe said.

Astronomers weren’t able to spot gamma ray bursts until recently, when the telescope technologies improved, because gamma rays have the shortest wavelengths and are visible only using special detectors. But recently, scientists have gotten better at spotting  them.

“The optical light is visible for anywhere from a few seconds to a few hours,” Kehoe said. “Sometimes optical telescopes can capture the spectra. This allows us to calculate the redshift of the light, which tells us how fast the light is moving away from us. This is an indirect indication of the distance from us.”

When such a telescope detects a gamma ray burst, it immediately relays the location – everything is automatized, and there are no human observers in the first phase – though astronomers naturally analyze the information afterwards.

“We have the brightest detection and the earliest response on both of those because our telescope is fully robotic and no human hands were involved,” Ferrante said.

This discovery was not published in a peer review, but it was officially announced.