by Mihai Andrei
in Astrophysics, Remote sensing
Reading Time: 2 mins read
A A
Share on FacebookShare on TwitterSubmit to Reddit

Astronomers have discovered 26 likely black holes in the Andromea Galaxy – the biggest number of black holes ever found in a galaxy except for our own. 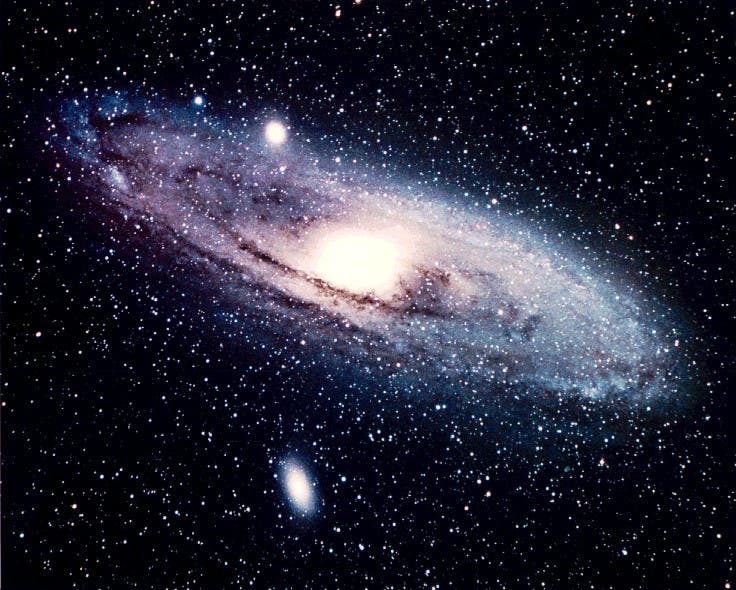 Black holes are pretty difficult to detect, because they emit no light of their own – they are only observed by light given off by material which falls into them. Just as a sidenote, supermassive black holes, the gravitational monsters which lie at the centers of most galaxies are very easy to detect, due to their very bright nearby surroundings; this doesn’t apply for smaller ones, however.

We always tend to think of black holes as some very distant bodies, lying many light years away from us – but we tend to forget that there’s plenty of then in our very own galaxy – and we’ve just started finding more.

“While we are excited to find so many black holes in Andromeda, we think it’s just the tip of the iceberg,” Robin Barnard, an astronomer at the Harvard-Smithsonian Center for Astrophysics in Cambridge, Mass., said in a statement. “Most black holes won’t have close companions and will be invisible to us.”

“We are particularly excited to see so many black hole candidates this close to the center, because we expected to see them and have been searching for years,” Barnard said.

As exciting as it is, this was no surprise for astrophysicists, who were expecting Andromeda to have more black holes, considering how its bulge, the big massed up star cluster near its center is larger than our galaxy’s.

“When it comes to finding black holes in the central region of a galaxy, it is indeed the case where bigger is better,” co-author Stephen Murray of Johns Hopkins University and the Center for Astrophysics said in a statement. “In the case of Andromeda, we have a bigger bulge and a bigger supermassive black hole than in the Milky Way, so we expect more smaller black holes are made there as well.”

The new black holes were discovered using NASA’s Chandra X-ray Observatory. Researchers used over 100 separate observations over the course of 13 years to make the detection.