NASA  recently issued a call-out to all those interested in joining a special, four-month long study, in which a stay on a Martian outpost would be simulated. The main objective is that of assessing space food, namely whether it’s better if astronauts are provided with meals made out of “shelf-stable” ingredients such as flour, beans, rice and cheese or  freeze-dried and dehydrated foods. 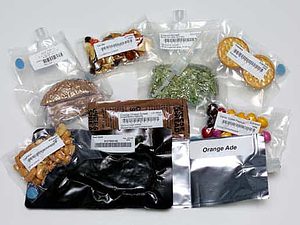 Cornell University and University of Hawaii-Manoa researchers want six people to eat space food, as well as participate in other astronaut-like activities. If you find the prospect appealing, applications are open until Feb. 29. To apply, you need to have a  bachelor’s degree in engineering, biological or physical sciences, mathematics, or computer science, and professional experience. Also you need to be tobacco-free for at least 24 months, pass a flight physical exam, as well possess a normal sense of taste and smell.

Don’t expect it to be all that fun though. For exactly 120 days, you’ll be cooped up Mars habitat, set-up at Hawaii’s Big Island’s Saddle Road area, cut-off from the rest of the world, except a time-delayed communication link with the researchers. You’ll be eating space-food for the whole duration, which should make your existence there as plain as the food. You’ll also be tasked with some astronaut-like duties, and if you need to leave the habitat, you’ll have to wear a space suit at all times. Detail reports concerning the food you ingest as well as your mood are expected.

At the end of the simulation, participants will be awarded $5,500 each, which sounds a bit like NASA slave-driving, but I’m guessing who ever applies is in it for a once in a life time opportunity. At least round-trip travel, space food and lodging will be paid for by the agency. This doesn’t include tips, I suppose.

So far, around 100 applications have been sent and researchers claim that at least a few hundred more are expected by the end of the deadline. After selection and training, the crew members will travel to Hawaii in early 2013.

Convinced yet? If yes, learn more about the project and how you can apply here.