NASA will grow its own vegetables onboard the ISS

by Mihai Andrei
in Space, Space flight
Reading Time: 3 mins read
A A
Share on FacebookShare on TwitterSubmit to Reddit 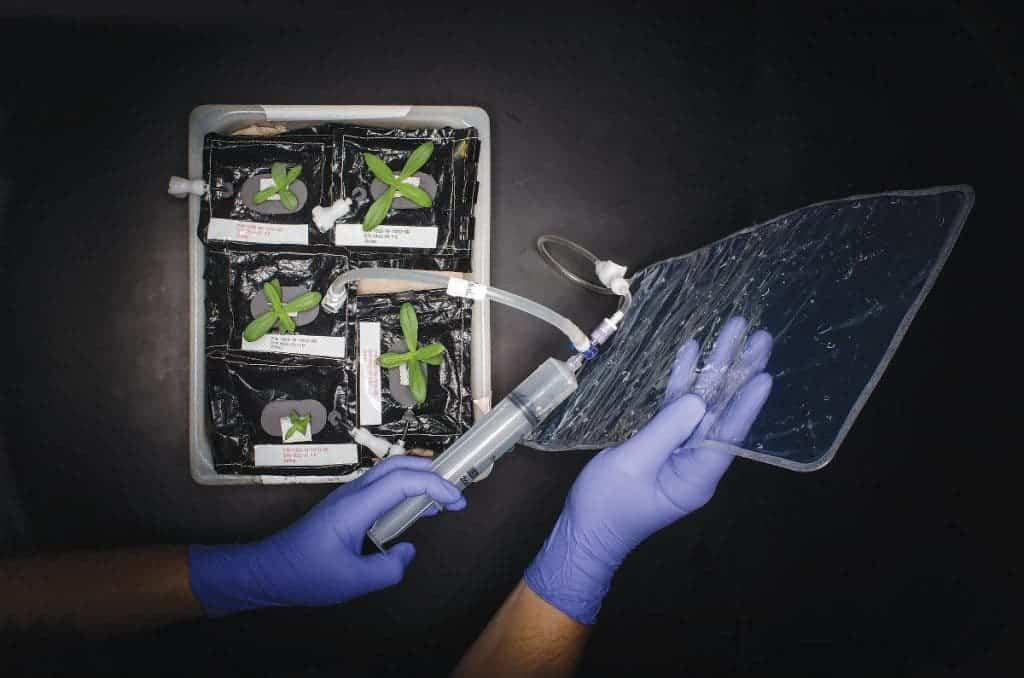 Last year, an astronaut named Don Pettit started an unusual, but very poetic and insightful writing project on NASA’s website: “Diary of a Space Zucchini” detailed the life and ‘thoughts’ of a zucchini onboard the International Space Station (ISS).

“I sprouted, thrust into this world without anyone consulting me,” wrote Pettit in the now-defunct blog. “I am utilitarian, hearty vegetative matter that can thrive under harsh conditions. I am zucchini — and I am in space.”

It may seem whimsical, but it wasn’t just interesting and fun – it helped keep the astronauts sane. Now, NASA is turning its interest towards zucchinis once again, but in a different way – the space agency announced the development of the Vegetable Production System (VEGGIE) program, set to hit the ISS later this year. Growing food in space would help one of the biggest problems of space travel and maintaining a permanent base like the ISS: the price of food. It costs about $10,000 per pound ($22.000 per kg) to send food into outer space, according to Howard Levine, project scientist for NASA’s International Space Station and Spacecraft Processing Directorate. Mind you, these aren’t ordinary foods, but densely caloric foods with long shelf lives and relatively little mass – but the sum is still astronomic.

Levine and Gioia Massa, a postdoctoral fellow at NASA have apparently found a way to greatly diminish those costs, while also conducting a valuable experiment: this December, NASA will launch a set of Kevlar pillow-packs, filled with a material akin to kitty litter; the packs are actually planters for six romaine lettuce plants. The plants will grow under bright-pink LED light and will be ready for harvest after just 28 days! 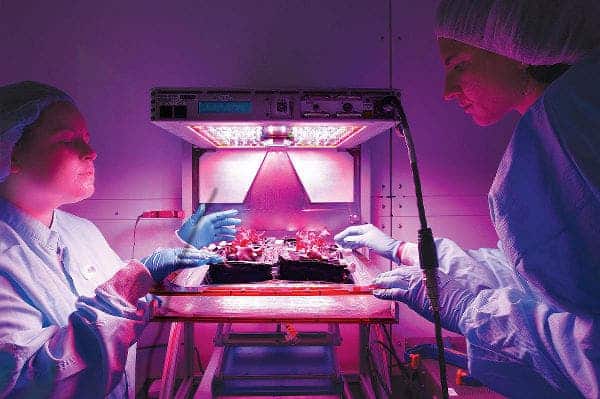 This is not the first time NASA toys with the idea of growing foods in outer space – but until now, the purposes have been purely academic. This time, there’s a practical interest, one which can save big on the taxpayers’ money.

Of course, the long term goal would be to create a regenerative sustainable growth system, which would constantly produce food; this would be extremely useful (probably mandatory) for long periods of space flight and colonies on the Moon or Mars, for example. Future plants scheduled for VEGGIE are radishes, snap peas and a special strain of tomato, designed to take up minimal space. 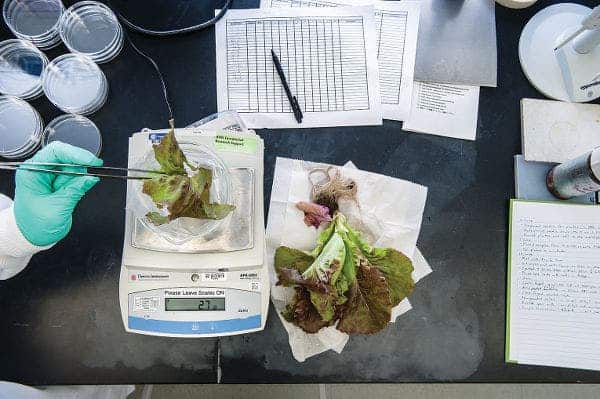