NASA’s Curiosity rover is really getting down to business, sending spectacular pictures back to Earth – including a colour panoramic image of the Gale Crater landing site.

During a press conference, NASA officials announced the pictures are not only spectacular themselves, but also crucial to understanding the Martian landscape.

“The Navcam and Mastcam images have given us our first sense of what the terrain is like and we are now discussing what it means in the broader context, ways that it might have formed, what observations we can make to understand how it formed,” scientist Dawn Sumner said.

It has to be said, Curiosity is NASA’s first astrobiology project since the Viking probes were launched in the 1970s, and the landing came as a much welcome success which the space agency needed to become relevant again in terms of space exploration. However, scientists believe it will take at least a few weeks until Curiosity actually starts roving, and months before it gets to the 5km high mountain at the center of the crater, which is the main destination of the mission. 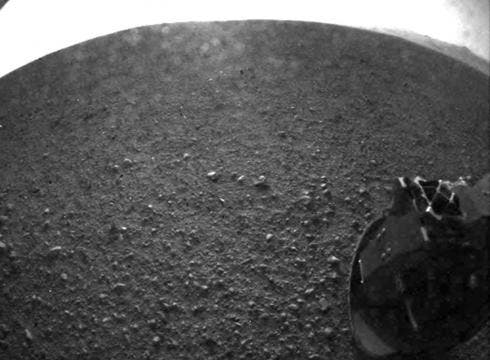