How Curiosity will use chemistry to search for Martians

As we count the days to the expected Curiosty land, let’s take a while to understand just what it will do, at least from a chemical point of view. 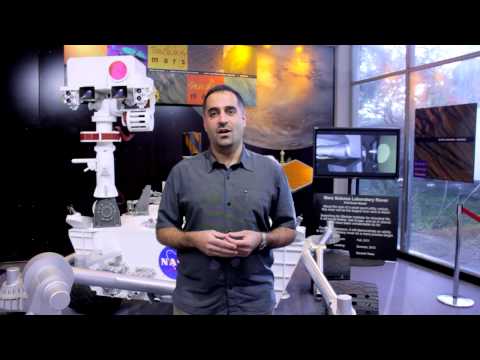 Curiosity, the new Mars rover, is practically a laboratory on wheels, equipped with instruments to analyze soil samples from the red planet to test for microbial life. To get a better idea about how it works, watch the video above, created by Kirk Zamieroski and produced by the American Chemical Society. From the YouTube description:

After an epic 354-million-mile trek through space, the Mars Curiosity Rover is zooming along at 13,000 miles per hour toward a scheduled Aug. 6 landing on the Red Planet to search for evidence of extraterrestrial life. We took a visit to NASA’s Jet Propulsion Laboratory to talk to the Mars Science Laboratory Deputy Scientist, Ashwin Vasavada, who gave us a look “under the hood” of the rover, explaining the role of the analytical chemistry instruments found onboard Curiosity. Curiosity’s primary mission goal is to determine the habitability of the Gale Crater, which scientists believe was once filled with water. Curiosity is basically an entire chemistry lab packed into a one mobile unit, equipped with the tools necessary to test the chemical composition of soil. Test results from these instruments will pave the way for future Mars missions, and may provide insight in the search for life on other planets.

Over the past thirteen years The Chemistry Club have built up a wealth of knowledge about networking and have developed their Master Class programme with leading specialist trainers.