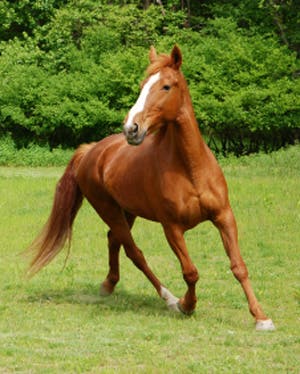 Horses are arguably one of the most helpful animals man has ever managed to domesticate. At first they were used as source of meat and milk, but it was soon evident that horses were a lot more suited as labor animals than as a direct food medium. Important agricultural advancements were made possible thanks to horses, and due to their reliable nature, horses practically moved the work for thousands of years prior to the introduction of automobiles. Trade, infrastructure, and, of course, war efforts were profoundly interlinked to horses. When and where were horses first domesticated, however, has been a question scientists have been intrigued with for many years.

A new study by scientists at the University of Cambridge finally sheds light on the origin of horse domestication, after an extensive genetic research revealed horses were domesticated 6,000 years ago on the grasslands of Ukraine, southwest Russia and west Kazakhstan.

An extensive genetic database of over 300 Eurasian horses was used to trace the origins of domestic breeds, be it warm, cold or hot blood. This comprehensive genetic data was then fed into computer models developed to look at different scenarios for domestication. Researchers determined that the domestic horse’s common ancestor, Equus ferus, inhabited the western Eurasian steppes around 160,000 years ago. Apparently, evidence suggests that wild mares were used to mate with existing domesticated horses, since breeding is far from easy in captivity.

“Our research clearly shows that the original founder population of domestic horses was established in the western Eurasian Steppe, an area where the earliest archaeological evidence for domesticated horses has been found,” said Vera Warmuth, from the University of Cambridge’s Department of Zoology.

“The spread of horse domestication differed from that of many other domestic animal species, in that spreading herds were augmented with local wild horses on an unprecedented scale. If these restocking events involved mainly wild mares, we can explain the large number of female lineages in the domestic horse gene pool without having to invoke multiple domestication origins.”

The findings were reported in the journal PNAS.