Kepler 19c, an invisible world, was discovered solely through the gravitational influence it has on its companion world, Kepler 19b. Nothing else is known about it, other that it exists. 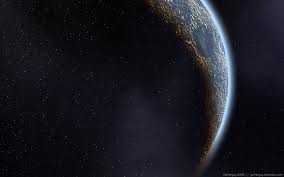 When you’re five minutes late, a lot of bad things can happen. You can miss an appointment, lose reservations, or just annoy people; but when you’re a planet and you’re 5 minutes late, you’re hiding something – another celestial body. NASA’s Kepler spacecraft has spotted a planet that alternately runs late and early because a second planet is tugging and pulling it.

“This invisible planet makes itself known by its influence on the planet we can see,” said astronomer Sarah Ballard of the Harvard-Smithsonian Center for Astrophysics (CfA). Ballard is lead author on the study, which has been accepted for publication in The Astrophysical Journal. “It’s like having someone play a prank on you by ringing your doorbell and running away. You know someone was there, even if you don’t see them when you get outside,” she added.

The Kepler spacecraft will continue to monitor Kepler-19 throughout its mission. Those additional data will help nail down the orbit of Kepler-19c. Future ground-based instruments like HARPS-North will attempt to measure the mass of Kepler-19c. Only then will we have a clue to the nature of this invisible world.