by Mihai Andrei
in News, Remote sensing, Space
Reading Time: 2 mins read
A A
Share on FacebookShare on TwitterSubmit to Reddit

The European Space Agency‘s billion-dollar star surveyor ‘Gaia’ is now in its operational orbit around a gravitationally stable virtual point in space, at about 1.5 million km from Earth. 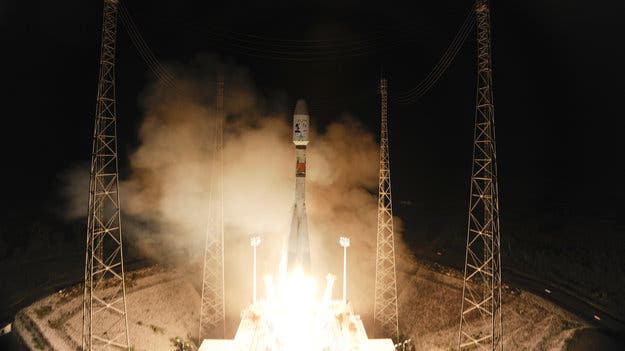 Gaia has been traveling to reach that point since December 19, following a spectacular launch from Europe’s Spaceport in Kourou, French Guiana. Last night, the surveyor performed the last critical maneuvers, and everything went just fine.

“Entering orbit around L2 is a rather complex endeavour, achieved by firing Gaia’s thrusters in such a way as to push the spacecraft in the desired direction whilst keeping the Sun away from the delicate science instruments,” describes David Milligan, Gaia spacecraft operations manager. After a beautiful launch from Kourou last month, we are very happy to now have reached our destination, and we are looking forward to starting our science operations in the coming months,” says Giuseppe Sarri, ESA’s Gaia project manager.

Gaia’s mission is to make very accurate observations of approximately one billion stars, charting not only their precise positions and motions, but also their temperatures, luminosities and even compositions. The result will be the largest map of the Milky Way done so far, with a huge amount of data which will allow astronomers to better understand the formation and evolution of our galaxy.

Gaia will observe each star an average of 70 times over the five-year mission, and it’s estimated that the data archive will reach 1 million gigabytes – the equivalent of approximately 200.000 DVDs. The monumental task of processing and interpreting the data will fall on the back of more than 400 individuals at scientific institutes across Europe.

“Our Gaia discovery machine will keep us busy throughout the mission, with the final results coming only after the five years of data have been analysed. But it will be well worth the wait, ultimately giving us a new view of our cosmic neighbourhood and its history,” says Timo Prusti, ESA’s Gaia project scientist.