Stunning view of the Earth at night

Scientists working at NASA and NOAA have released an unprecedented new look at our planet at night. A global composite image, constructed using cloud-free night images from a new NASA and National Oceanic and Atmospheric Administration satellite shows the firefly-like glow of the human built establishments across the planet in greater detail than ever before. 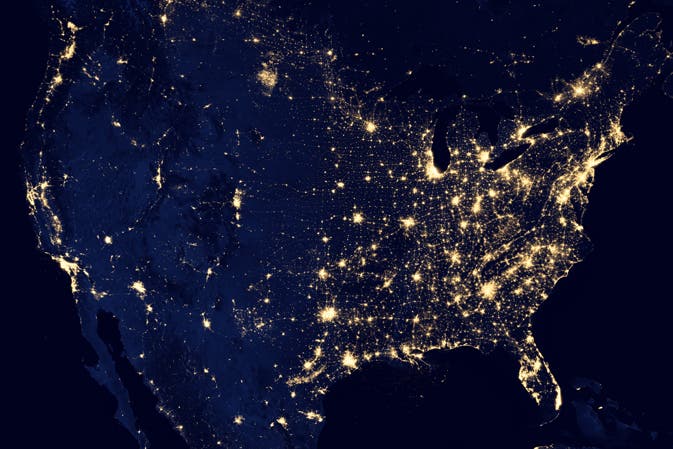 Most satellites are equipped to look at the Earth during daytime, when the planet is illuminated by the Sun, but with a new sensor aboard the NASA-NOAA Suomi National Polar-orbiting Partnership (NPP)satellite which was launched last year, scientists can better observe the Earth’s atmosphere during night time.

The new, higher resolution image was released at a news conference at the American Geophysical Union meeting in San Francisco – where all the cool things seem to happen now.

“For all the reasons that we need to see Earth during the day, we also need to see Earth at night,” said Steve Miller, a researcher at NOAA’s Colorado State University Cooperative Institute for Research in the Atmosphere. “Unlike humans, the Earth never sleeps.” 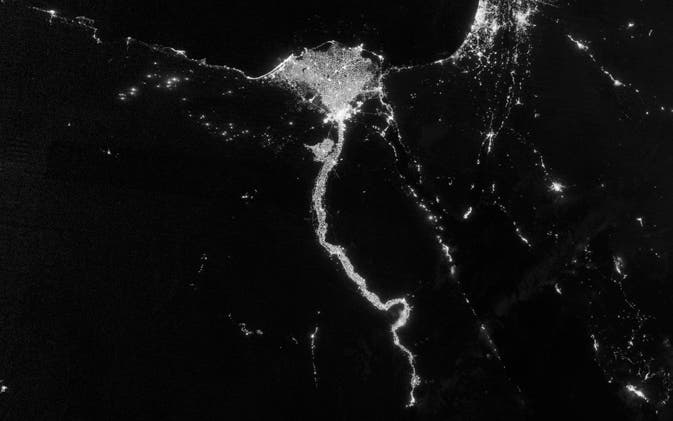 The day-night band also observed something totally spectacular: hurricane Sandy, illuminated by moonlight, making landfall over New Jersey on the evening of Oct. 29 – .

“NOAA’s National Weather Service is continuing to explore the use of the day-night band,” said Mitch Goldberg, program scientist for NOAA’s Joint Polar Satellite System. “The very high resolution from VIIRS data will take forecasting weather events at night to a much higher level.”

You can check out some really remarkable videos at NASA – I really recommend it. 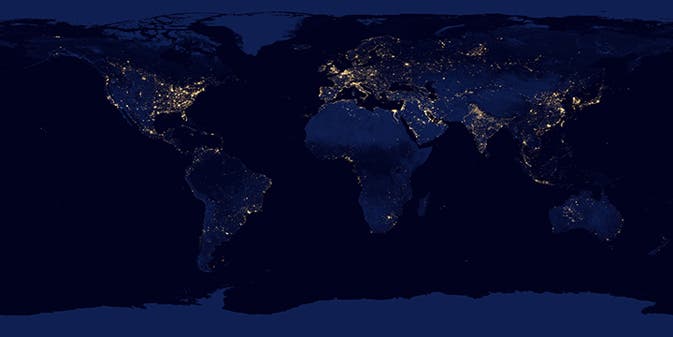