Astronomers have created the most accurate and comprehensive map yet of the universe’s dark matter, finding it spread in a spider web around areas which would otherwise seem not interesting. 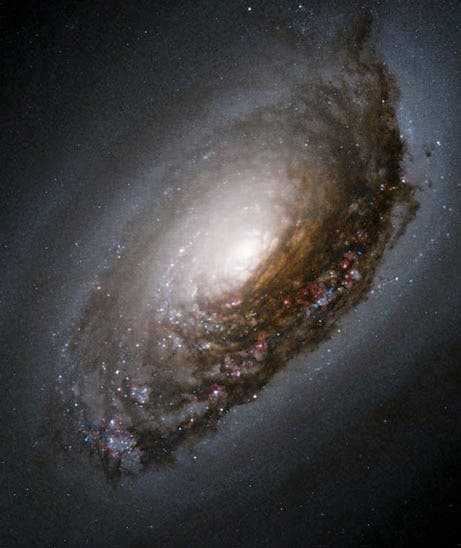 It has long been theoretized that the Universe is made out of 85% dark matter, because judging only by the amount of visible matter… the whole thing should just fly apart. Technically speaking, dark matter is matter that doesn’t emit nor scatter light, which makes it impossible to observe with a telescope.

In order to create this map, an international team of astronomers analyzed images of about 10 million galaxies in four different regions of the sky, observing how light emitted by these galaxies was affected and distorted upon passing massive clumps of dark matter. The galaxies they analyzed were as far as 6 billion light years away.

“It is fascinating to be able to ‘see’ the dark matter using space-time distortion. It gives us privileged access to this mysterious mass in the universe which cannot be observed otherwise,” says Professor Ludovic Van Waerbeke from the University of British Columbia.

We are only beginning to understand dark matter, and this is a big step in this direction.

“Knowing how dark matter is distributed is the very first step towards understanding its nature and how it fits within our current knowledge of physics.”

However, despite their big accomplishment, the team has way more ambitious plans. They intend to increase the charted map tenfold during the next three years.

“We hope that by mapping more dark matter than has been studied before, we are a step closer to understanding this material and its relationship with the galaxies in our Universe,” says Dr Catherine Heymans of the University of Edinburgh.