It's a breathtaking view!

Curiosity has only traveled 11.26 miles (18.13 kilometers) on the surface of Mars, but it’s already been an amazing journey, giving us an unprecedented view of the Red Planet and allowing researchers to understand our planetary neighbor better than ever before. Now, the brave little rover looks back to where it’s been — and what a view it is! 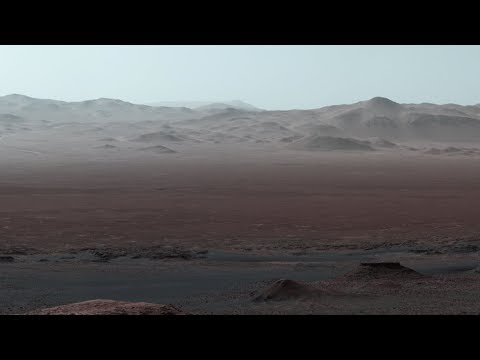 The Curiosity Rover touched down on Mars on 6 August 2012. It landed right beside Mount Sharp, the central peak within Gale crater, which geologists believe to be a former lake. Initially, the team’s intention was to study the lower parts of Mount Sharp, learning about the mountain’s slopes, which feature layers formed over millions of years in the presence of water. Curiosity has moved more and more up the slopes of Mount Sharp, finally reaching a vantage point that allows it to see all its previous locations.

“Even though Curiosity has been steadily climbing for five years, this is the first time we could look back and see the whole mission laid out below us,” says Ashwin Vasavada, Curiosity Project Scientist. “From our perch on Vera Rubin Ridge, the vast plains of the crater floor stretch out to the spectacular mountain range that forms the northern rim of Gale Crater.”

The mosaic of images was stitched together from 16 individual photos, and the result is a stunning, goosebump-inducing panorama. From an altitude of 1,073 feet (327 meters), Curiosity can see the crater rim, which spans 96 miles (154 km) in diameter, along with its impressive geological features. The images were taken on October 25th, 2017 during the 1,856th “sol” (Martian day), during an unusually clear day which allowed the Rover’s cameras to see more than 50 miles away. The image has been slightly modified to look more Earth-like. NASA explains:

“The scene spans from southwest on the left to northeast on the right, combining 16 side-by-side images taken by the left-eye, wider-angle-lens camera of Curiosity’s Mast Camera (Mastcam). It has been white-balanced so the colors of the rock materials resemble how they would appear under daytime lighting conditions on Earth.”

NASA also released an annotated version of the images, which identifies some of the sites it has investigated along the way (such as “Yellowknife Bay,” “The Kimberley,” “Namib Dune” and “Murray Buttes”) and points out other geological features visible in the scene

It has now been just over 2,000 days since Curiosity has been on Mars. In that time, it sent back a whopping 468,926 images back to Earth. But it’s not about the images, Curiosity is all about the science. Its array of scientific instruments — including lasers, drills, chemical testers, and radiation detectors — have sampled the Red Planet in unprecedented detail.