Scientists may have found the first signals of dark matter

by Mihai Andrei
in Astrophysics, News
Reading Time: 2 mins read
A A

For the first time, scientists may have found signals of dark matter. After analyzing reams of X-ray data, scientists in EPFL’s Laboratory of Particle Physics and Cosmology (LPPC) and Leiden University believe they could have identified the signal of a particle of dark matter. The substance, which was never observed, exists only as a theoretical cause for gravitational effects observed by astronomers. 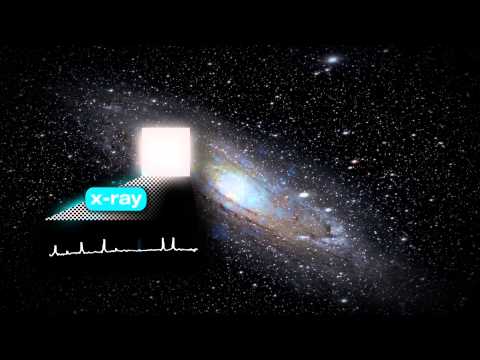 Dark Matter is as mysterious and elusive as it sounds. It is a kind of invisible matter; it cannot be directly observed and doesn’t interact with light in any observable way. As a matter of fact, it doesn’t seem to interact with anything in anyway… except for gravity. We see its gravitational effect, and it’s huge! Dark matter is estimated to constitute 84.5% of the total matter in the universe… so in a way, we know absolutely nothing about 84.5% of our Universe!

Naturally, astrophysicists are trying to fix this and understand dark matter, but for that, we need to actually find it first. Now, some researchers believe they have finally done that. EPFL scientists Oleg Ruchayskiy and Alexey Boyarsky, also a professor at Leiden University in the Netherlands, found it by analyzing X-rays emitted by two celestial objects – the Perseus galaxy cluster and the Andromeda galaxy. After eliminating all the emissions coming from particles and atoms they were still left with a signal – and they believe that the signal came from dark matter. However, that may be a bit too optimistic; the researchers themselves admit that this may simply be the case of instrument or measurement error.

“The signal’s distribution within the galaxy corresponds exactly to what we were expecting with dark matter, that is, concentrated and intense in the center of objects and weaker and diffuse on the edges,” explains Ruchayskiy. “With the goal of verifying our findings, we then looked at data from our own galaxy, the Milky Way, and made the same observations,” says Boyarsky.

The signal appears as a weak, atypical photon emission in the X-ray spectrum. The emission comes from a very rare event, a photon emitted due to the destruction of a hypothetical particle, possibly a “sterile neutrino”, and cannot be explained by any material particles that we know of. If this is indeed confirm, then this would be a groundbreaking discovery in astronomy.

“It could usher in a new era in astronomy,” says Ruchayskiy. “Confirmation of this discovery may lead to construction of new telescopes specially designed for studying the signals from dark matter particles”, adds Boyarsky. “We will know where to look in order to trace dark structures in space and will be able to reconstruct how the Universe has formed.”