As the writers on Nature depict it, it evokes the dystopian worlds of science fiction writer Philip K. Dick – if you’ve read his works or seen Minority Report, you’ll understand it. Neuroscientists have developed a brain scan that shows how likely are convicted felons to commit crimes again. 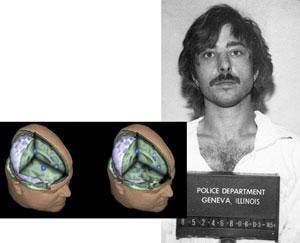 Kent Kiehl, a neuroscientist at the non-profit Mind Research Network in Albuquerque, New Mexico, and his collaborators studied a group of 96 male prisoners just before their release. They used their functional magnetic resonance imaging (fMRI) to scan the prisoners’ brains during computer tasks in which the prisoners had to make rash decisions and inhibit impulsive behavior. They especially focused on a section of the anterior cingulate cortex (ACC), a small region in the front of the brain involved in motor control and executive functioning. After these tests, they followed their subjects for 4 years, to see how they do.

Subjects who had lower ACC activity during the quick-decision tasks were more likely to be arrested again after getting out of prison, even after researchers eliminated disturbing factors, such as age, sex, drug and alcohol abuse and psychopathic traits – bare in mind however, that the elimination of these parameters is never perfect, and always subject to either under or overestimation. en who were in the lower half of the ACC activity ranking had a 2.6-fold higher rate of rearrest for all crimes and a 4.3-fold higher rate for nonviolent crimes. 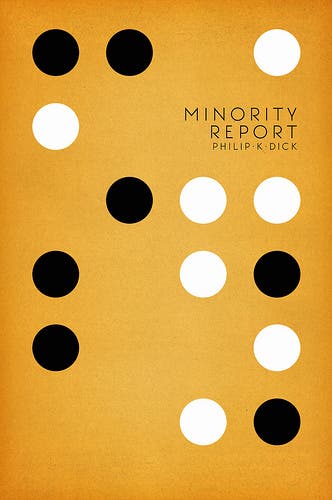 First of all, even the researchers themselves agree that this is just an initial study, and much more data has to be gathered before this method can be considered even remotely viable.

Also, they underline that only high risk subjects should be taken into consideration, and not lower risk ones. But even so… Philip K. Dick raised the very thorny ethical issues of arresting people for crimes they didn’t commit. Of course, brain scans are much, much different than the psychic powers described in Minority Report, but let’s take a moment to ponder a case. Say you have a subject with a moderately to high risk; what do you do? You can’t arrest him for something he hasn’t committed, and you can’t say, keep some surveillance on him, because that may very well be the trigger that makes him snap and commit crimes again. If you ask me, this kind of technology, if available at some point, should be used to make low stake decisions, like which rehabilitation treatment to assign a prisoner or more often visits when on parole, rather than high stake ones, like actually giving parole or a bigger sentence.

“A treatment of [these clinical neuroimaging studies] that is either too glibly enthusiastic or over-critical,” says Tor Wager, a neuroscientist at the University of Colorado in Boulder “will be damaging for this emerging science in the long run.”