Taking a peak inside a planetary womb

by Mihai Andrei
in Astronomy

Astronomers using ESO’s Very Large Telescope have obtained what is likely the first direct observation of a forming planet still embedded in a thick disc of gas and dust. If the finding is confirmed, it could significantly boost what we already know about forming planets. 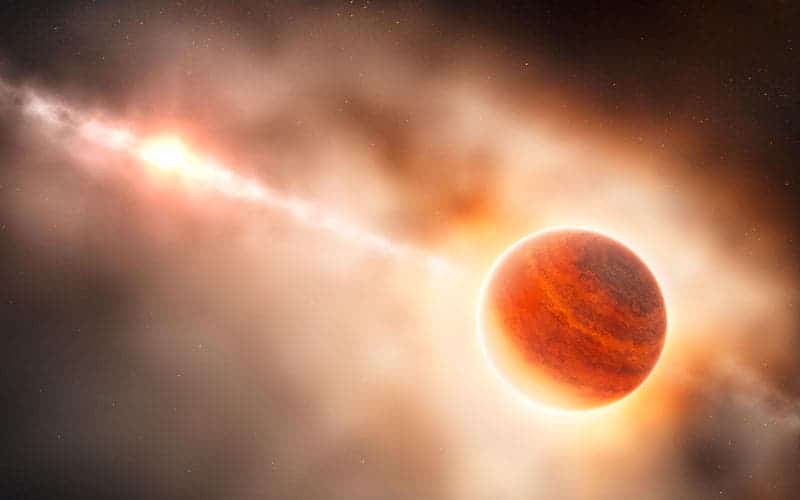 An international team led by Sascha Quanz (ETH Zurich, Switzerland) has studied the disc of gas and dust that surrounds the young star that goes by the name of HD 100546, located some 330 light years from Earth. They were surprised to see that, from their original observations, it appears that the planet is in its initial stages of formation – an event not captured by astronomers so far.

Initially, they just noticed a faint blob in the outer regions of the system, about 60 times further out from its star than the Earth is to the Sun. According to current theory, giant planets grow by capturing some of the gas and dust that remains after the formation of a star, and so far, astronomers have captured a few ideas that support this theory. Structures in the dusty circumstellar disc, which could be caused by interactions between the planet and the disc, were revealed close to the detected protoplanet. This discovery has many astronomers jumping around at the unique chance presented to them. Adam Amara, another member of the team, is one of them:

“Exoplanet research is one of the most exciting new frontiers in astronomy, and direct imaging of planets is still a new field, greatly benefiting from recent improvements in instruments and data analysis methods. In this research we used data analysis techniques developed for cosmological research, showing that cross-fertilisation of ideas between fields can lead to extraordinary progress.”